Black-owned Afrirent makes a play for the hospitality industry 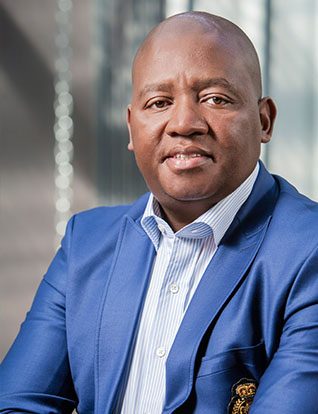 Black-owned investment group, Afrirent Holdings, has cast its eyes beyond the COVID-19 scourge and sealed a franchise agreement with Marriott International for a Protea Hotel by Marriott in East London in the Eastern Cape.

Senzo Tsabedze, CEO of Afrirent, said when the hotel opens in 2023, Afrirent’s 100% black female-owned subsidiary, Indalo Hotels & Leisure, will serve as the operator of the property.

He added that the deal is one of the first greenfield ventures for Afrirent in the tourism and hospitality space and marks a significant milestone in the company’s diversification strategy.

“Our ultimate ambition is to establish Indalo Hotels & Leisure as a major third-party hotel operator in the local tourism sector.  This project will pave the way for the company for additional planned investments in other major tourism centres across South Africa,” said Tsabedze.

“We are also very excited to launch a project of this scale because of the ability to create a significant number of job opportunities through the various phases of the hotel’s development.   It will help to uplift the troubled sector that has been severely impacted by Covid-19. We look to employ local people and up-skill workers wherever possible to deepen the economic benefits for the surrounding communities where we operate,” added Tsabedze.

The establishment will feature 140 rooms with two food and beverage outlets, more than 500 square meters of event and meeting space and recreational facilities, including a fitness centre and swimming pool.

Talya French, from Marriott International, said the group looks forward to working with Afrirent and SKG Properties to bring the Protea Hotel by Marriott brand to East London.

“This signing further strengthens our portfolio in South Africa, which remains as a key growth market in our overall development strategy for Africa,” said French.

ANC top six visit to North West what the doctor has ordered, will help province’s economy

Dr Robert Ngwenya weighs in on the ANC top six leadership’s recent visit to the North West to foster unity, and he believes that...
Read more
Breaking News

Johannesburg - No one could’ve predicted the challenges of 2020, and with a new year, comes a new set of challenges. Will a vaccine change...
Read more

Do your part to revive the economy by shopping local this...