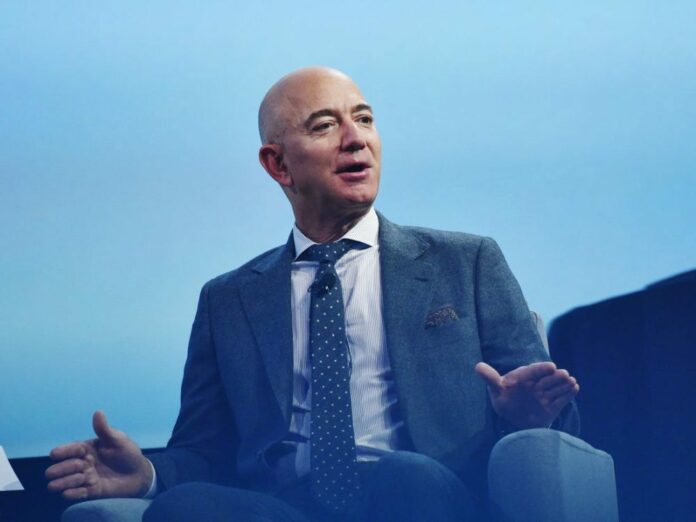 Amazon boss Jeff Bezos, who is already the world’s richest man is tipped to be the first trillionaire, according to a study by US based small business advice platform, Comparisun.

The company has predicted that Bezos will achieve the feat in just five years time.

“Despite losing an estimated $38 billion as part of his recent divorce, Jeff Bezos is still by far the world’s richest person and his net worth has grown by 34% on average over the last five years, which could potentially see him become the world’s first trillionaire as early as 2026, at which point he’ll be aged 62,” reads the report.

“While he might have to wait a couple of extra years, Facebook founder Mark Zuckerberg could gain trillionaire status at a younger age than Bezos, as his current rate growth would see him worth $1 trillion aged 51.”

Explaining its methodology, Comparisun said it analyzed market capitalization of the 25 highest valued companies on the New York Stock Exchange according to Macrotrends, and the wealth of the world’s 25 richest people using data from Forbes according to Forbes.

Comparisun said it then calculated average yearly percentage growth over the last five years, applying that growth rate for future years to come up with an idea of how that value would change.

Bezos is currently valued at $140 billion, up from the $125 billion he was valued at – largely thanks to a surge in Amazon’s share price which has been immune to COVID-19. The 56-year-old Bezos owns a 11.2% stake in Amazon, one of the few trillion dollar companies in the world.

His ex-wife, MacKenzie Bezos, is one of the richest women in the world – valued at $46 billion after walking away with a 4% stake in Amazon after their highly publicised divorce last year.

Bezos made his foray in Forbes’ list of 400 richest Americans in 1998, four years after he founded Amazon, and was valued at just $1.6 billion at the time.