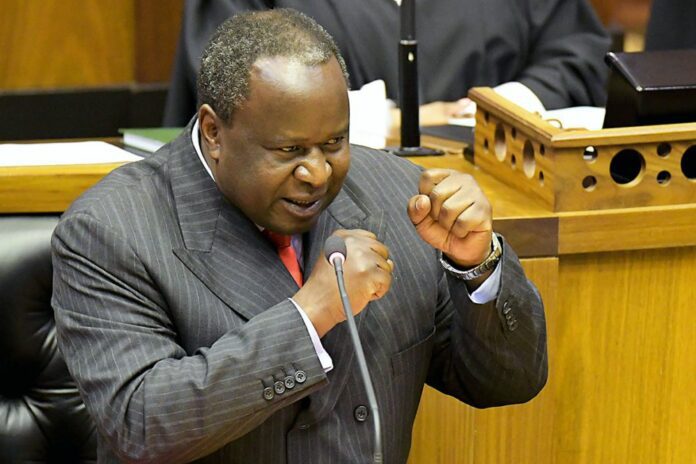 Finance Minister Tito Mboweni will walk the tightest fiscal tightrope tomorrow when he delivers the Medium-Term Budget Policy Statement (MTBPS) with sources close to the process indicating that the National Treasury is struggling to fill a R400-billion shortfall.

“It has been a hard slog for the Treasury to put a fiscally responsible budget together. COVID-19 has only exacerbated what was already a dire situation. Tax revenues have tanked and the minister is having sleepless nights trying to come up with a budget that will be welcomed by the markets,” a source in the National Treasury said.

“Outside of wages, the MTBPS should outline where other expenditure cuts will come from in provincial and local government transfers. A concept of zero-based budgeting was floated in June and in July the NT said it is ‘open’ to a debt ceiling. We expect it to keep speaking the same language,” Schultz said.

South Africa is facing many fiscal headwinds – with the economy having not grown more than 2% since 2013. The International Monetary Fund expects a record 8% contraction in South Africa in 2020.

The big question for investors is what kind of growth rate is possible from 2022 onwards when the pandemic is hopefully something of the past and some level of normality has returned.

Izak Odendaal, investment strategist at Old Mutual Wealth, said It has become a national pastime of sorts to write South Africa off.

“Although the political and policy changes underfoot will not address all or even most of our problems, they can address enough of them to change the country’s direction. We may never be a Singapore or South Korea, but we won’t end up a failed state either,” he said.

“A virtual cycle of rising business confidence, investment and job creation is possible under the right conditions. This is not a forecast but a scenario and investors should consider all possible scenarios and diversify accordingly.”