Moody’s keeps SA out of the junk pile 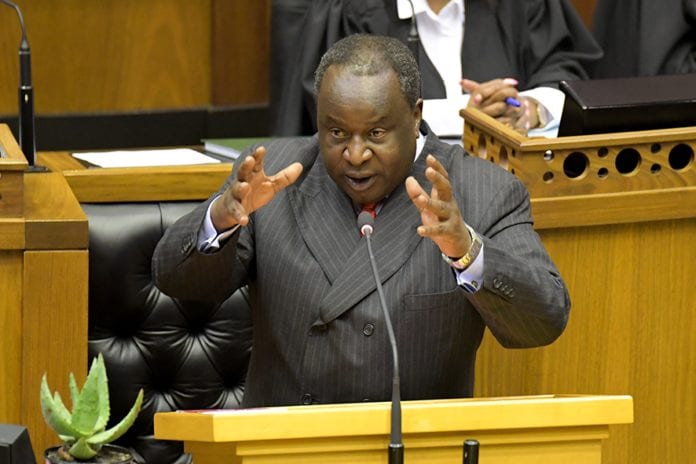 Rating agency Moody’s Investors Service on Friday night put South Africa on notice, reducing the country’s credit outlook from stable to negative, effectively giving Pretoria a year to get its house in order to avoid a downgrade.

The agency said the change of outlook was necessitated by the continued deterioration in public finances and other socio-economic ills.

“South Africa’s high unemployment, income inequality and related social and political challenges have proven to be a greater obstacle to government plans to raise potential growth and contain fiscal deficits than we expected a year ago,” Moody’s said.

“We have revised our medium- term GDP growth projections for South Africa to 1%-1.5%, down from earlier expectations of a gradual increase to 2.5%-3%.”

Moody’s, however affirmed South Africa’s rating at investment grade – the agency is the last of the three big rating agencies not to have the country’s rating at junk status.

The country’s financial woes were laid bare in the medium- term budget policy statement tabled before MPs on Wednesday.

The National Treasury said it expects economic growth this year to be to be a mere 0.5%.

This paltry growth means there is a revenue shortfall of  R53-billion, a consolidated budget deficit of 5.9% and a debt-to- GDP ratio of 70% is predicted by 2022/23. Finance Minister Tito Mboweni, in a statement, said the decision by Moody’s to keep South Africa at investment grade
while changing its outlook to negative affords the country a narrow window to return public finances to a more sustainable path.

“Fellow South Africans, now is the time to roll our [up] sleeves and do what we have to do. It is now or never. We need all hands on deck. Government, labour, business and civil society, we need each other more than ever before. This country is ours and it is only us who can turn it around,” he said.

Moody’s said its decision to keep South Africa at investment grade was a reflection of the country’s deep, stable financial sector and robust macroeconomic policy framework.

The worst-case scenario for South Africa was if Moody’s had also dropped South Africa’s rating by one notch to sub-investment grade. That decision would have resulted in the country falling out of the Citi World Global Aggregate Bond Index – resulting in billions of dollars in outflows.

David Shapiro from Sasfin Securities said: “Moody’s leniency is like a teacher digging deep to find that extra mark to pass a kid. It doesn’t do Tito or us any favours. Sometimes you need failure to shock you out of your comfortable slumber and begin applying yourself.  conscientiously.”