So Steinhoff doesn’t have a Kluh? 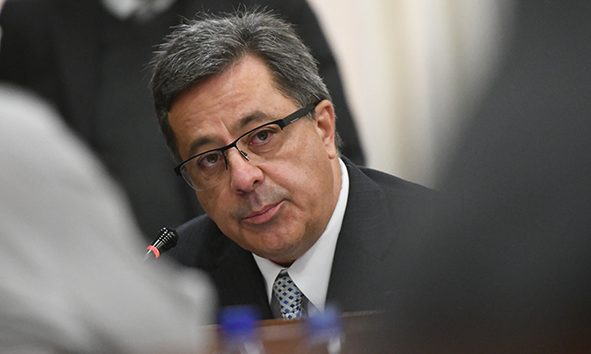 Judgment suggests Jooste investment tool was a subsidiaryThe mystery of the roots of former Steinhoff CEO’s investment vehicle, Kluh Investments, deepened this week after a 2014 court judgment suggested the company was once owned by Steinhoff, with the group itself claiming ignorance.

What is clear from a September 2014 judgment by the Western Cape High Court, Jooste’s Kluh was once a subsidiary of Steinhoff.

“… Prior to June 2001 the appellant [Kluh] was a subsidiary in the Steinhoff Group and conducted a sawmilling business,” reads the judgment.

“According to the appellant’s financial statements for the year ended 30 June 2001, the appellant disposed of its existing business as a going concern, presumably to another Steinhoff company and Fihag became its holding company.”

Fihag was owned by Steinhoff’s founder, Bruno Steinhoff, until he sold it in 2003. Kluh was called Kota Sawmills at one stage.

Steinhoff, in a written response, said it was in the dark on whether Kluh was its company before being sold off.

Steinhoff spokesperson Paul Trummer said: “We checked back in Stellenbosch [Steinhoff’s headquarters] Unfortunately, as your inquiry refers to a fact that happened almost 20 years ago, we are not able to provide you with the relevant information.”

In 2001, the Thesen Group, which operates forestry, timber and plywood manufacturing businesses sold its property and equipment to Kluh for R29-million, of which R11.6m was for the land, R12.5m for the plantations and R5.4m for the equipment.

In 2003, Steinhoff agreed to purchase the above-stated property from Kluh for R159m, netting Kluh a profit in excess of R120m within two years.

In 2007, Cidet, which now called itself Erfvest Properties, sold the majority of the properties to Steinhoff for more than R350m. Trummer  said Kluh and Erfvest Properties were identified by Steinhoff as being material-related parties as a result of the transactions between the company and Jooste-linked entities.