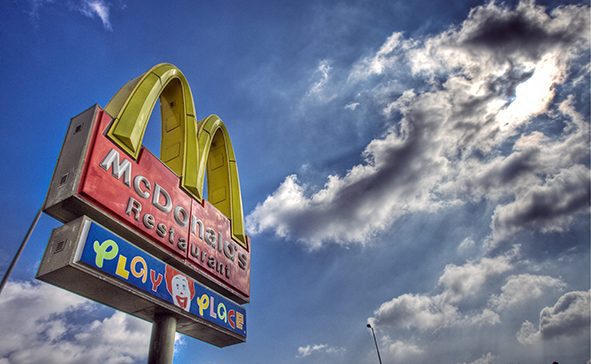 Digitalisation means people can, for example, bank while relaxing at home

Fast food franchise McDonald’s has been rolling out new digital ordering kiosks at its stores across the country with plans to roll out more in the coming years.

The service allows customers to place an order by standing in front of a self-serve kiosk, paying and either picking the food up from the counter or waiting for an employee to bring it to the table.

There are fears that the introduction of the technology sounds the death knell for many fast-food jobs. McDonald’s did not respond to questions on how the roll-out will affect jobs in its operations across the country.

SA Commercial, Catering and Allied Workers Union general secretary Brian Skulu said in most are as of the private sector where the union is organising, there has been systematic and unilateral introduction of automation and digitalisation.

“Some of the technological developments within our sectors, in particular, range from introduction of scanners and bar codes that reduced the necessity for shelf packers, e-commerce, home or online shopping and recently the self-service tills, where there would exist no need for cashiers,” Skulu said.

The banking sector has also been rocked by the changing consumer behavior due to consumers’ migration to online banking instead of doing their transactions at the banks.

“Whilst interacting with these companies, including at times declaring disputes, given that they are not prioritising any upskilling and training that prepares workers for the installation of these high-tech systems, we have since engaged some government departments in light of formal introduction of the hype abou [the] fourth industrial revolution.”

The banking sector has also been rocked by the changing consumer behavior due to consumers’ migration to online banking instead of doing their transactions at the banks.

Early this year Standard Bank said more than 1 000 jobs would be affected as the lender closed 100 branches across the country.

Joe Kokela, general secretary of Sasbo, which represents workers in the financial services industry, said technological advancements were wreaking havoc in the sector.

“We remain concerned about the high levels of unemployment [29%], the state of our economy, the current and future impact of the fourth industrial revolution – the direct and indirect societal implications – amongst others. We cannot afford for even one job to be lost,” Kokela said.

Sasbo is appealing the decision of the Labour Court that interdicted the union from going on strike over mass retrenchments in the industry
largely due to the impact of innovation and technology.

Sukazi on the brink of acquiring Bloem Celtic