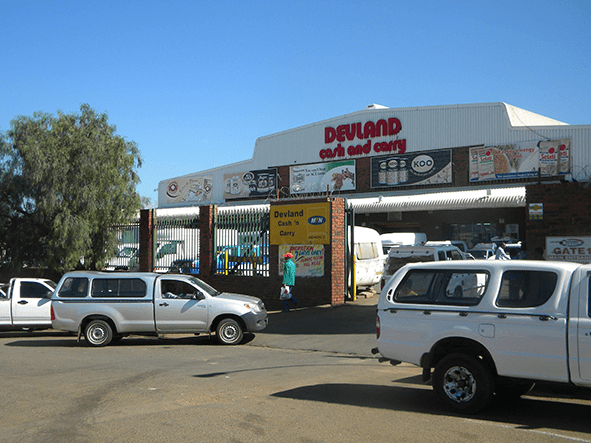 Sunday World can today reveal that consumer goods giant Unilever is facing a R470-million tax bill from the South African Revenue Service (SARS) over the fraudulent conduct of its
clients, Devland Cash and Carry and Zambia-based Gatbro International.
An investigation by SARS has found that Devland and Gatbro International have over the years been using an elaborate scheme to defraud the taxman of millions of rand in VAT and
to undercut the competitiveness of local competitors.
Gatbro, which, according to its website, “is partnered with Devland Cash and Carry”, would buy products from Unilever under the pretence that the goods were meant for the export market, thus making the goods VAT ree.
However, an investigation by SARS has found that these goods were meant for the local market, to the benefit of Devland.
Unilever produces household brands such as Lipton, Knorr, Dove, Axe, Hellmann’s and Omo.
Devland, which is owned and managed by the Gathoo family, operates more than 20 stores in SA that supply general merchandise and food products in bulk to a range of independent
traders and commercial users in Southern Africa.
SARS found that 156 shipments for 2013 and 2014, which were marked for arrival at Beitbridge border post, were never recorded as having gone through the border.
Department of Home Affairs records could also not trace the passports of the listed drivers as having crossed the border at Beitbridge border post.
According to an internal e-mail communication from Ana-Celia Mendes Africa, tax director at Unilever, while the SARS investigation is part of the broader investigation into the cash and carry industry in South Africa, “it’s easier for SARS to challenge Unilever.”
“SARS is of the view that [with] the exports to Gatbro, where Pamdozi is the transporter, Gatbro, Devland South Africa and Pamdozi are colluding so that the export shipments never leave South Africa,” wrote Mendes.
“In order to limit the risk to Unilever going forward, we … suggest that future sales to Gatbro are treated as standard-rated sales with 15% VAT. We should sell to Devland in SA and Devland must then export. Ideally this method of sales should apply to all groups that have a South African company.”
Gatbro could not provide Unilever with copies of the proof of delivery of the goods, saying it no longer had the documents.
According to the VAT Act, it’s Unilever’s responsibility to obtain the required documents to prove that the shipments were exported.
In total, Unilever has “exported” about R225-million worth of goods to Gatbro from 2013 to 2018.
Both SARS and Devland declined to comment.
By Kabelo Khumalo