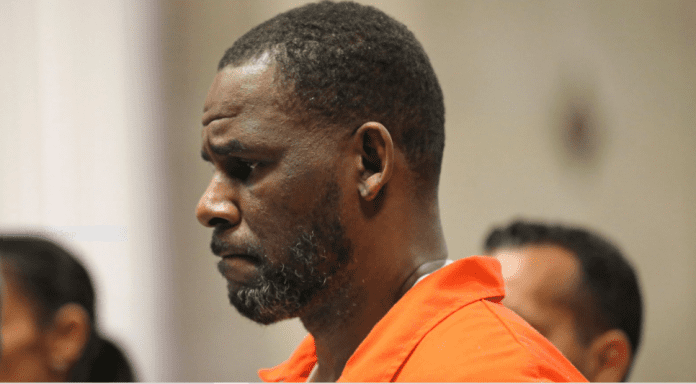 R&B crooner Robert Sylvester Kelly, best known by his stage name R Kelly, was on Wednesday sentenced to 30 years in jail by the Brooklyn federal court.

The once global singing superstar was found guilty of sex trafficking and racketeering in September 2021.

Delivering the sentence, judge Ann Donnelly said the disgraced R&B singer spent over a decade intimidating and bribing his young victims. His demise started to unfold in 2019 when a documentary, Surviving R Kelly, was released. It told a story of the musician’s predatory activities.

Even though he was cleared of 18 child pornography charges in 2008, the documentary dwelled on these long-standing claims and unveiled new ones. The docu-series featured interviews with victims, including his ex-wife of 13 years, who alleged that she was abused throughout their marriage.

Over the years, more victims came forward and helped the prosecutors to further strengthen the case against the singer. As a result, R Kelly was found guilty following a six-week trial featuring striking testimonies from 50 witnesses.

After years of capitalising on his fame and fortune to intimidate and silence his victims, he was at last condemned on all counts of racketeering and sex trafficking.

In his defence, R Kelly’s lawyers initially pleaded for a 10-year sentence, arguing that the singer had a traumatic childhood involving sex abuse, poverty and violence.

According to media reports, the lawyers also argued that R Kelly had a very low IQ, saying he is an adult with literacy deficiencies.

R Kelly, who will be serving his sentence in Chicago, will face another trial into allegations of child pornography and obstruction charges in August.

These are some the reactions to the sentencing:

As men we should take this R Kelly case as a free lesson to respect women and children, a no is a no & women should also respect men, especially those that know that the law is against men.

What's key to remember in the R Kelly sentencing is that this is a TRAFFICKING case. He had an entire system for moving minors across state lines. And if he was outside with $10 and people willing to help he'd do the shit again. An ACTUAL menace.

I hope R. Kelly's victims can find some solace in this sentence, but their lives will still never be the same. https://t.co/Uaek21aEPl

Will never stop emphasising that what R. Kelly did was not just abuse; it was sex trafficking. He had a whole system in place that people helped him operate for decades. https://t.co/HxWBiTV7JK