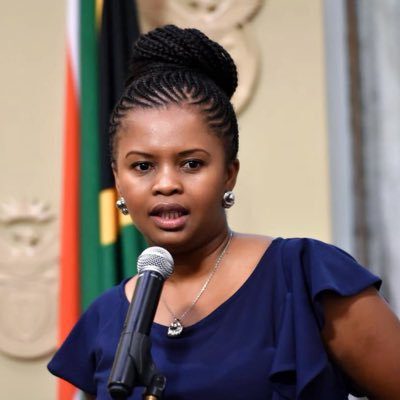 President Cyril Ramaphosa’s spokesperson Khusela Diko has taken leave, amid allegations that her husband benefited from COVID-19  tenders in the Gauteng health department.

The Presidency said Diko, the former spokesperson of the ANC at Luthuli House, the ANC headquarters, requested to be allowed to take leave of absence from all official roles in government, pending investigations on recent allegations involving her and her husband in tender irregularities in the Gauteng Department of Health.

“The minister in the Presidency, who is her immediate supervisor, as well as the President of the Republic, have accepted her request for leave of absence whilst the allegations are being investigated,” the Presidency said in a statement.

The Presidency has appointed Tyrone Seale to act in the position while Diko is on leave.

The DA and EFF have called for an investigation into the R125m tender that Diko’s husband was awarded.

She has since explained she intervened to stop payment to her her husband, noting that there was a notable conflict of interest.

R150 000 reward for anyone with info on Njoni murder