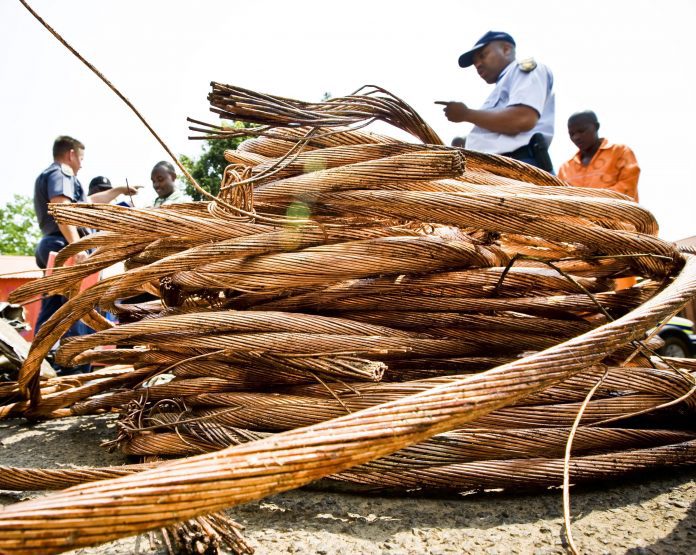 The law is clamping down on cable thieves who continue to sabotage Eskom’s efforts to power the nation.

In a statement on Tuesday, the power utility said two cable thieves had been sentenced to a combined effective 27 years in jail for stealing more than 4km worth of its aluminium cables.

Happy Dube and co-accused Anye Kwenti received 12 years and 15 years behind bars, respectively, for the crime that was committed in 2018. They were sentenced early this month by the Bronkhorstspruit regional court, said Eskom.

The convicts were nabbed in Ystervarkfonteing in the Welbekend area while trying to flee in a vehicle. On the scene, the police also found two wood saws and a hack saw believed to have been used to commit the crime. The get-away car was also impounded.

Eskom said the theft of cables, transformers, and conductors cost the state-owned enterprise about R2-billion a year, adding that illegal electricity connections and cable theft often lead to prolonged power outages and compromise the quality of supply.

This, said Eskom, affects businesses, essential services, as well as the day-to-day lives of people, and has a negative impact on the economy of the republic.

Eskom Sheqs manager in Gauteng, Kith Maitisa, welcomed the convictions and expressed the entity’s appreciation for the cooperation between Eskom employees, the security companies, and the police in the arrest of criminals.

“Gauteng experiences a lot of cable theft and vandalism of electricity infrastructure. The arrests are part of our heightened efforts to curb criminal acts that affect customers, disrupt people’s livelihoods and the future of the country,” said Maitisa.