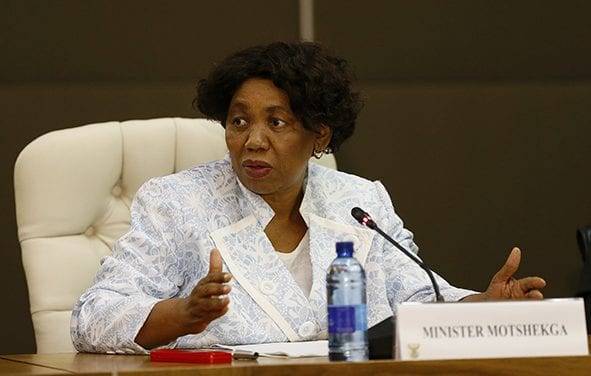 Minister of Basic Education Angie Motshekga and provincial MECs were on Friday ordered by the Pretoria High Court to take immediate steps to ensure the 9-million kids who rely on the national school feeding scheme get daily meals, whether they are at school or opt to study at home.

Equal Education (EE) had taken the department to court seeking both a declaratory and supervisory order, ordering government to roll out the national schools nutrition programme (NSNP) to all eligible children without delay – regardless of whether pupils have returned to school or not.

Judge Sulet Potterill ruled in favour of EE and ordered Motshekga and MECs of eight provinces (excluding the Western Cape, which broke ranks and continued to provide meals despite the lockdown) to file detailed plans and programmes for the resumption of the nutrition programme to all eligible pupils within 10 days.

“The minister is ordered without delay to ensure that the NSNP is implemented in such a manner that it provides a daily meal to all qualifying learners, to ensure the proper exercise of the rights of learners to education and to enhance their learning capacity, whether they are attending school or studying away from school as a result of the COVID-19 pandemic.”

The nutrition programme was closed in March when schools were forced to close due to the national lockdown. So far only a few grades have resumed schooling since June 8. Leanne Jansen-Thomas from EE said the organisation looks forward to examining the plans put forward by the national department and provincial education departments for the full resumption of the programme, as well as the progress reports. “For learners to receive meals at school will ease the strain on caregivers – many of whom have lost their income and are struggling to put food on the table,” said Jansen-Thomas.