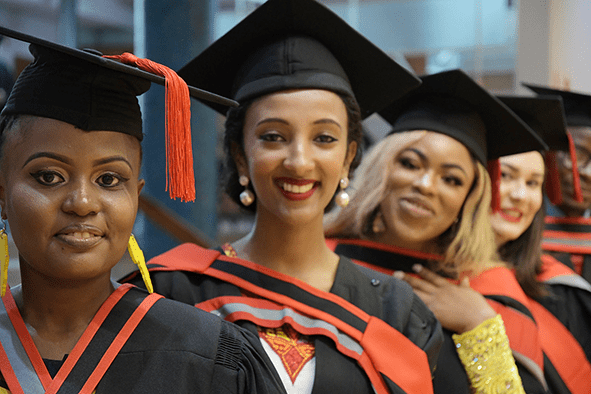 Africans less likely to graduate
Data released this week by Statistics South Africa (Stats SA) show that racial gaps in educational achievement rates still persist in South Africa, where black African “bornfree millennials” continue to be nearly three times less likely than their white or Indian/ Asian millennials to achieve a tertiary qualification.
The stats agency’s report on education and labour market outcomes found that among those aged 19 and 24, 21.2% of white and 9.3% of Indians/Asians had obtained a tertiary qualification in 2018 . This is compared to 6.1% of black Africans and 3.9% of coloureds.
Less than half of black African and coloured bornfree millennials had either completed secondary education or achieved a tertiary qualification, while close to 85% of Indians/Asians and 76% of whites had achieved similar qualifications.
The disparities also extend to the labour market, with white South Africans and Indians/ Asian likely to get a job than their black and coloured counterparts. Head of Stats SA Risenga Maluleke said black South Africans aged 2338 did not make a strong start in the labour market in the same way as their preceding generation.
“Although black African millennials were better educated, this did not result in be§ er labour market outcomes as only 46.3% were employed, 26% were unemployed and 11.4% were discouraged work seekers,” Maluleke said.
“By contrast, among the rest of the population groups … whites and Indians/Asians had the lowest percentage of unemployed millennials [6.6% and 9.3%,
respectively].”
The research also showed provincial disparities existed for the educational achievements of millennials in 2018. Limpopo and Eastern Cape had the highest percentage of secondary school dropouts or the noncompletion of secondary school due to delayed schooling at 50.8% and 48.8%, respectively.
Secondary school completion among millennials was highest in Gauteng at 38.9% and the lowest in Limpopo at 27.2%. Gauteng also ranks first in tertiary education
attainment at 22.2% followed by Western Cape at 18%.
By Kabelo Khumalo