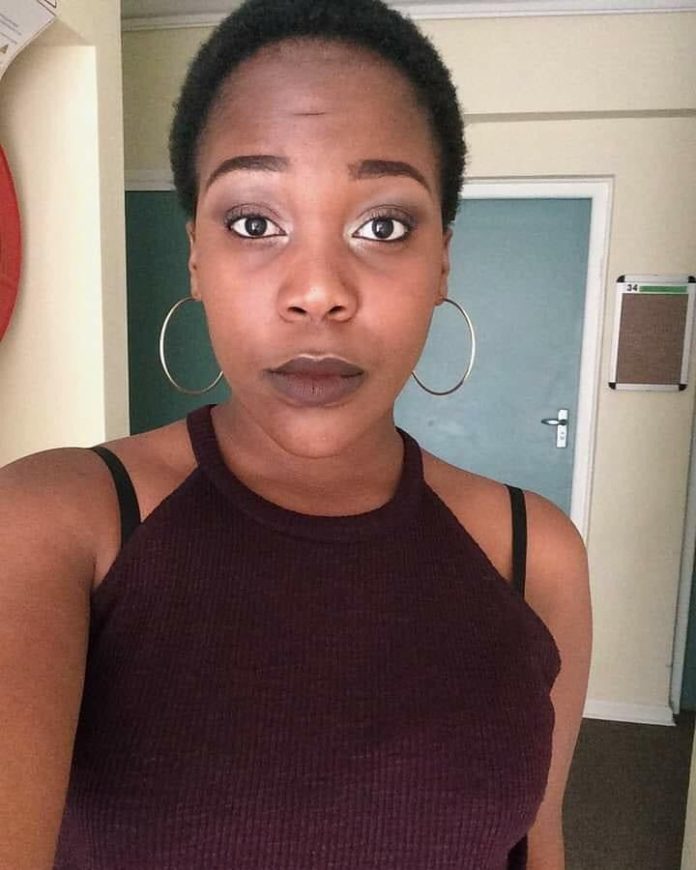 Former Rhodes University student Yolanda Dyantyi (pictured) is willing to take her fight to be readmitted as a student all the way to the Supreme Court of Appeal in Bloemfontein.

In 2017, Rhodes found Dyantyi guilty of kidnapping, insubordination, assault and defamation and expelled her.

Dyantyi was part of the anti-gender violence protests that engulfed Rhodes University in 2016.

That April, students brought the institution to a standstill as they protested the university’s sexual violence policies and procedures, as well as the “rape culture” that pervades social structures.

Dyantyi’s lawyers on Friday pleaded with the high court in Grahamstown to allow her to appeal a decision to dismiss her appeal to overturn a decision by Rhodes to expel her.

The court in March found Dyantyi’s argument that she did not have a fair hearing when Rhodes kicked her out was not borne out by facts.

“The upshot of these review proceedings is that the applicant has failed to make a case for the grant of the relief sought by her. Put differently, I find that the third respondent’s decisions were rationally connected to the evidence adduced,” reads the court judgment.

“It is indeed so that the manner in which the applicant conducted herself throughout the litigation process that she unleashed in the disciplinary tribunal, in this court, as well as at the Supreme Court of Appeal and Constitutional Court is evidently frivolous and vexatious.”

“Had Ms Dyantyi been given an opportunity to lead her case, a fair tribunal might have well acquitted her. There is at least reasonable prospect that an appeal court will agree, and require that Ms Dyantyi be given that opportunity,” her lawyers argue.

Dyantyi said she is seeking to challenge her expulsion because she was denied the assistance of counsel.

“I am fighting for my right to a fair trial. The university, through the vice-chancellor’s orders, has done all they can to silence me and hold me accountable for acts I was not given the opportunity to contest. Much like the accused rapists were given an opportunity to testify as witnesses on behalf of the university, I should also be given that opportunity,” she said.

The court reserved judgment on the leave to appeal.