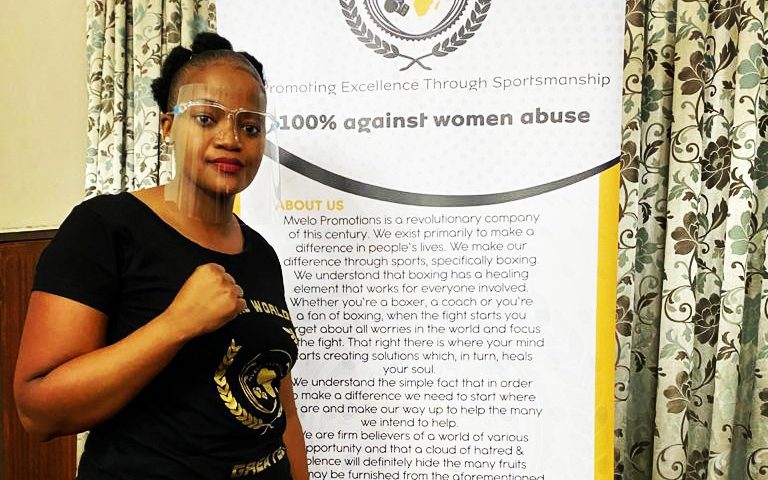 Nomvelo Shezi, 28, is KwaZulu-Natal’s first female boxer and currently the youngest boxing promoter in South Africa. She has won 54 out of 57 fights at amateur level, and has fought professionally at provincial and national level, winning a total of seven fights in her career. This ex-boxer has dedicated herself to finding platforms and avenues for up-and-coming female boxers to showcase their talents. “I want to focus on training young girls and offer them the opportunity to participate in boxing,” says Shezi.   A social worker by profession, Shezi is originally from Cato Ridge in the rural community of Mkhambathini, where she trains both male and female children in boxing to help keep them from being idle and not end up being swallowed by the drug-infested streets. Her company, Mvelo Promotions, partners with non-government organizations that help destitute families obtain funds to register their children at universities, and also assists them in their career choices. Among the challenges Shezi has faced are a lack of equal opportunities for both genders; male boxers get more opportunities than females. Socially, she has had to endure being labelled a lesbian because of narrow-mindedness in her community that boxing is only for men. But none of this has deterred her determination to succeed. Instead, she has risen above the challenges.