AKA cruises into festive with new EP and signature drink 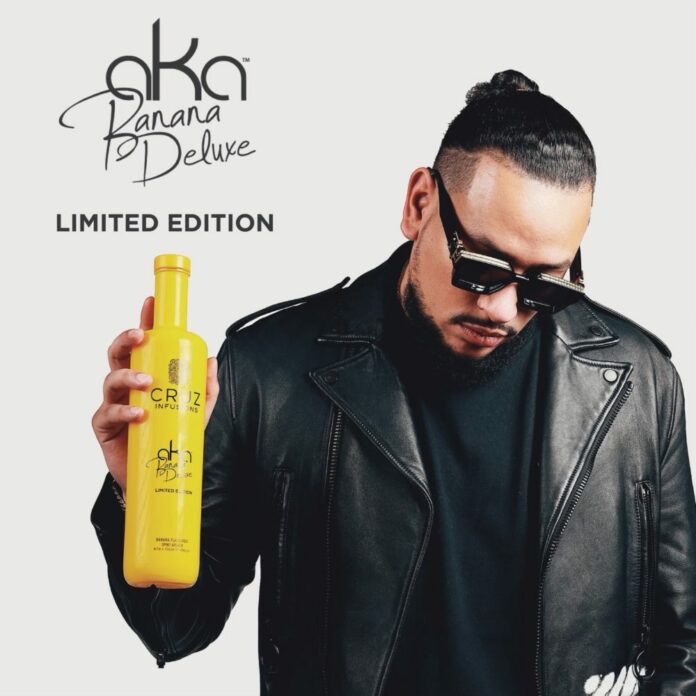 AKA is entering the festive season with more than a bang. A new EP, a new braai show and a new flavoured vodka added to his name.

He reckons it’s a fresh set of hits to cruise South Africans into the silly season.

The latest collaboration with the Cruz brand, sees a banana flavoured called Cruz Banana Deluxe, with a hint of vanilla, dressed in an iconic yellow bottle.

This announcement comes after the success of CRUZ Watermelon, a flavour still reigning as one of the fastest-growing vodka flavours in South Africa.

The rapper, whose real name is Kiernan Forbes, said: “I wanted to create a Banana flavoured vodka because it has never been done before. It’s always about the vibes and taking it to the next level. If I put my name on it, you best believe I’m bringing my A-game on it.

The limited-edition drink will be available from November 23 at various retailers.

SABC 1 also announced that the 13-part talk show titled The Braai Show with AKA will start airing on the channel starting tomorrow, Thursday, 12th November 2020 in the 7.30 primetime spot.

“As a big supporter of local hip hop culture, SABC 1 is excited to welcome Summer 2020 in style with one of Mzansi’s most favourite and talked-about rapper, AKA. It’s important for the channel to further its commitment to bring our audiences must-watch local content that is relevant, fun and entertaining and in this case, to get the opportunity to go beyond the music and explore the artist’s other talents. AKA and his guests promise to keep it fun and interesting for our viewers,” said Zandile Nkonyeni, SABC Head of PR.

The series will feature prominent members of society such as the Minister of Transport, Fikile Mbalula; fashionista, Siya “Scoop” Ngwekazi and DJ Tira.