Dlamini to create waves in ‘eHostela’

Veteran actor Dumisani Dlamini is set to make a major comeback on Mzansi Magic as a lead for season two of popular drama series eHostela.

Sunday World has learnt that Dlamini, who is popularly known for his roles on various productions such as Sarafina, Yizo Yizo and Isibaya, is among the select thespians who will be part of the drama series’ new season.

According to a reliable source close to the actor, he was caught rehearsing his lines last week.

“He was found reciting his lines and swiftly tried to brush off the fact that he had bagged a big role. He is going to be one of the kingpins who is going to shake the whole show,” said the source.

It is unclear when the drama series will air as it is currently in its production phases. Dlamini will play the role of Celemba (a machete).

Another crew member said the show had to be halted to find the relevant locations to shoot given the stringent lockdown regulations that have now been put in place since March.

“The demand for the show has been there and having a [another] season was inevitable. The production is just struggling to shoot and find locations or hostels that will allow them to shoot,” said the production crew member.

Speaking to Sunday World, Dlamini confirmed that he had been shooting a few scenes for the drama series but said the production has been halted due to new COVID-19 lockdown regulations.

“Who told you this? Yes, I have been working but I don’t think I can be discussing this with you guys. Especially because the production has been halted due to COVID-19 regulations and hostels recently put in place strict regulations,” explained the thespian.

“Before the lockdown period started, I had been shooting constantly, but now we are waiting for the call to go back on set. For now, I can confirm that I am busy shooting a scene for Isibaya.”

Mzansi Magic confirmed Dlamini’s new role and added that season two of the drama series is not scheduled to air this year. Mzansi Magic publicist Lucky Mangela shared: “We can confirm that Dumisani Dlamini has been cast for eHostela S2, but [we] cannot confirm other cast and storyline as this has not been finalised.

“Subject to change, the new season [of the popular drama series] will return early next year and more information will be shared [at the right time].” 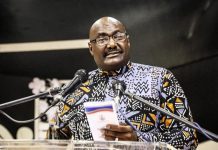