Johannesburg- Ex-Idols SA contestants, the Qwabe twins and Vhudie, were left disappointed when their journeys ended abruptly in the music reality competition but now things are starting to look up.

Against all odds, the three musicians have received their first nominations when they were listed for the 2021 South African Traditional Music Achievement (Satma) Awards to be held next month.

Twin sisters Viggy and Virginia Qwabe caused a stir at the Idols SA Season 15 when Viggy dramatically quit the show after her twin sister was eliminated.

Thereafter they decided to pursue their music careers under the wing of famed house music exponent DJ Tira.

“We are so excited to be nominated in three categories at the Satmas. This is the most exciting part of our music journey so far. The country knows it wasn’t an easy road for us, but we have had support even when we weren’t sure what our future holds after Idols SA,” said Viggy.

She said they still appreciated having been part of Idols SA as it gave them exposure and they would highly recommend aspiring musicians to give the competition a try.

“Everyone’s journey is different and if we stayed longer, we might have been on a different path. We’re just rural kids from KwaDukuza, however, we still appreciate and credit DJ Tira for our success in the music industry so far.”

Vhudie, real name Vhudihawe Mamphwe, who impressed the judges with his original composition My Yoki Yoki, was also nominated under the Best Afro Soul category at the awards.

He also wasted no time in releasing an album after he was eliminated from season 16 of the music competition last year.

The mechanical engineering student said it felt like he had reached the end of his music career. “Strangers and those close to me picked me up because they loved my single.”

The Ngiyaz’fela Ngawe hitmaker has partnered with creative Rob Tsekpo to co-produce and present Test Drive Tuesdays Season 1, a new car show that takes celebrities on a spin in their favourite set of wheels on IgnitionTV, DStv channel 189.

The show has so far welcomed well-known guests such as Luthuli Dlamini, Kagiso Lediga and Elton Jones.

The former investment banker said she never anticipated a career shift to television but could not let the opportunity to explore some of her many hidden talents go past. 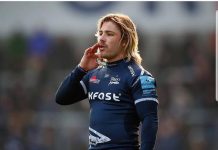