Open your eyes for better or worse 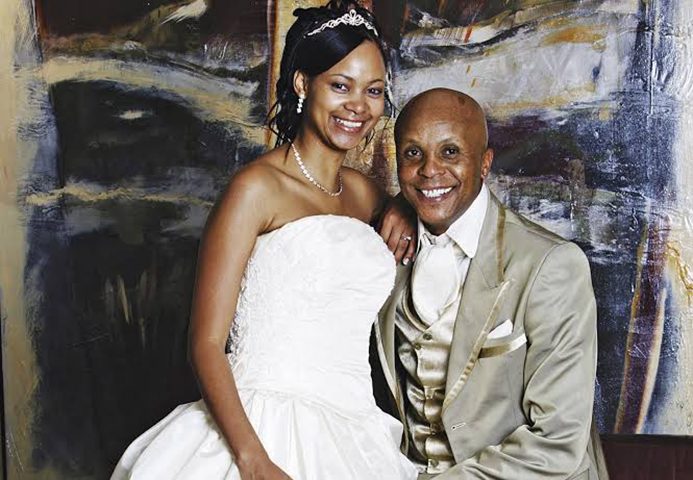 With wedding season in full swing and butterflies at play the last thing couples want to discuss is marriage contracts. But having one can save you a lifetime of headaches, writes Somaya Stockenstroom.

Many marriages end in divorce. Statistics SA recorded a whopping 25 326 divorces in South Africa in 2016. Results showed most of
these marriages lasted less than 10 years.

We d d i n g s peak in December, but people also choose the month to have extra-marital
affairs. BusinessInsider. co.za quotes top divorce lawyer Billy Gundelfinger saying that January is often the month when divorce applications
are abundant.

He represented the most high-profile divorce cases in Mzansi including that of Cyril Ramaphosa and first wife, Hope, Tokyo Sexwale, Malusi Gigaba, Mandla Mandela and many others. Many of these were quite messy and in the public realm. Getting educated on what in community of property or an antenuptial agreement with and without accrual is can avoid these headaches – because after the butterflies, the dust does settle and many realise “the one” was not their forever, after all. Wedding expos have introduced legal stands to their shows to advise couples on the importance of sorting out marriage
contracts.

While some experts advise couples to discuss divisions of assets, custody of kids, and maintenance before a divorce, legal experts Nadia Ameen-Randles and Mobeen Moosa say it’s important to have signed contracts before even saying I do. Ameen-Randles, a legal consultant
at law firm Alex May Incorporated, says most people think that seeking legal advice prior to getting married is taboo or that it spells inevitable divorce.

“This is not the case. Also, I think that most couples are misinformed about what exactly an ANC means and the consequences of getting married with an ANC. Moosa, director of Mobeen Moosa Attorneys, says discussing your matrimonial property regime prior to getting married is an important factor to eliminating financial risks. To have a contract drawn up costs between R2 000 and R5 000.

• In community of property – no contract required. Parties have one joint estate. It basically means that all the assets and debts before the
marriage are shared in a joint estate between both spouses. Any assets, debts and liabilities acquired by either spouse after their marriage will then also be added to this joint estate.

• Out of community of property, a contract is required. In terms of this marriage contract, the difference between the net increases in the respective estates during the duration of the marriage is divided equally between the two parties when the marriage is terminated.

• Out of community of property without the accrual system, a contract is also required. In this system, when couples marry, each spouse keeps a separate estate and whatever assets and liabilities they individually had before the marriage form part of their separate estates. Pros and cons of contracts

Nadia Ameen-Randles says where one spouse is highly indebted or sequestrated, an antenuptial agreement means the other spouse’s assets and estate will not be affected.

“In my opinion the fairest option is out of community of property with the accrual system. During a marriage there are many nonfinancial contributions made by each spouse that cannot be quantified in monetary terms. However, the best option is being married out of community with no accrual. Each party manages their own estate and is accountable for their own liabilities before, during and after the marriage,” says Ameen-Randles.

Mobeen Moosa, director at Mobeen Moosa Attorneys in Sandton, says he does not advocate for any particular marital regime.

“Each case has to be assessed on the merits of its own individual set of facts and circumstances. Various factors will determine which
is best suited,” he says.

“These factors range from, among others, the difference in age between the parties, each party’s individual existing assets and liabilities
as well as their respective income earning potential and/or career plans, the level of financial security each individual couple would require in order to be comfortable, etc,” says Moosa.

Ameen-Randles says the biggest advantage of an antenuptial agreement is that you do not share in the debts of your partner. The disadvantage is if you are not as financially active in the marriage as your spouse, you may not share in as much equity at the dissolution of the marriage. If one partner refuses to sign a contract, the marriage is considered to be in community of property.

•Amazon founder Jeff Bezos’s wife MacKenzie is one the world’s richest women with their settlement of $35-billion (R512-billion).

•Former Muvhango actor Mutodi Neshehe and Lesley’s divorce story has been playing out in public with no resolution in sight. The actor claims his ex-wife is coming for everything he has. •Tokyo and Judy Sexwale’s divorce in January 2013 saw Judy demanding a house worth R70-million and another R3-million for furniture, a
new car every five years that costs no less than R1- million plus R50 000 for each of their children, now adults, and spousal maintenance of R15 000. But she didn’t quite get it all.

•A famous local Afropop singer and her husband agreed on R1.3- million settlement as well as a multimillion-rand property in an affluent Joburg suburb. He also pays her R10 000 a month in spousal maintenance and left her with two of their four luxury vehicles. •UK businessman Richard Mason, who co-founded MoneySupermarket.com, sued his ex-wife after discovering their three sons were not
his. The exwife had to pay him £250 000 after he left her with millions initially.

•Doctor Khumalo was ordered to fork out R45 000 a month for ex-wife Blanche Khumalo. He contested the application but eventually household items were auctioned off to pay her.