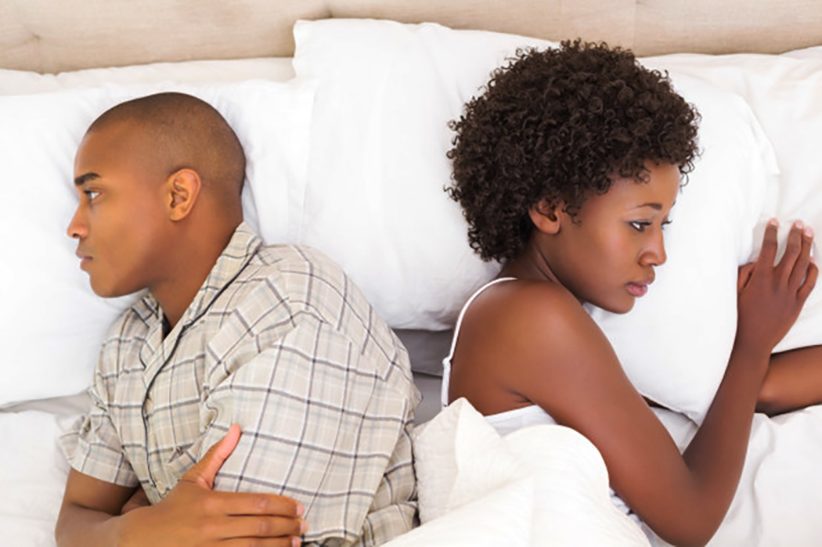 Trapped air down there doesn’t mean you or your woman must despair.

The phenomenon known as “queefing” – loosely translated as a vaginal fart – is a natural release of trapped air.

But some women say when a queef happens it can be a turn off for their men, leaving them feeling embarrassed.

Professor Elna McIntosh, a clinical sexologist for more than 30 years, said there is nothing to be ashamed about.

She explained that a queef occurs when air gets into a vagina during arousal, penetration, and even during exercise.

“During arousal, the vagina lengthens and the uterus moves, creating more air space. Often, the ‘fart’ occurs when the walls  of the vagina and uterus return to their usual positions,” said Mcintosh.

While they may sound like farts, they are not, she explained, comparing queefing to being the same as making farting sounds through the mouth, “plain old air”.

“Most farts occur as a result of digestion but it is important to remember that a queef is not from digestion. They are released as pockets of air, sneaking out of your vagina in one quick burst… it doesn’t smell either.”

Tlaleng Mofokeng, a popular sexologist and author of the book Dr T: A Guide to Sexual Health and Pleasure, unpacked the exercise of “air trapping” and reassured women that it’s a natural experience that could happen to anyone.

“There are other considerations for this air trapping and there are medical conditions that can cause the noise without arousal… There is nothing to be embarrassed about if it happens,” wrote Mofokeng in her book.

They are released as pockets of air, sneaking out of your vagina

According to Mofokeng, the examples of medical conditions that heighten the possibility of air trapping include after having given birth vaginally, there is a vaginal vault prolapse where there is a weakened pelvic floor and the quantity of air getting into the vagina is higher than is typical.

Conversations with a few women concluded that they mainly experienced “vag farts” after their male partner had penetrated from the back.

McIntosh said: “You also may want to stay away from certain positions for a while, to spare yourself the embarrassment.

Your other option is to say something like ‘it’s awfully drafty in here’, to distract yourself and your partner’s attention from the noise. Or just say excuse me.”

Miracle Nwachukwu, a 29-year-old IT graduate, said he did not see it as a turn off.

“It turns me on, especially with the right person. I feel like it helps a man’s ego because I feel like I’m doing something right,” he said.

Bongani Zwane said that when his partner does queef he feels as though he has achieved something great.

Sync Models terminates contract with Bianca Schoombe, who has since withdrawn from Miss SA pageant