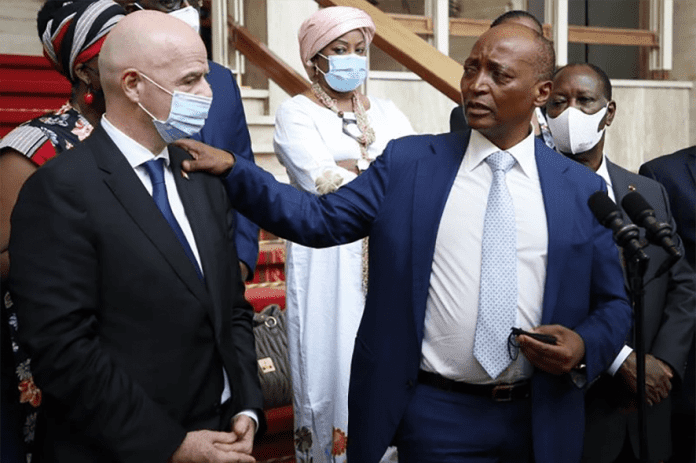 Johannesburg- While South African and Ghanaian football officials and soccer followers wait with bated breath for the outcome of the Fifa probe into the conduct of referee Maguette N’Diaye of Senegal this week, two other major developments dominated the African football scene.

N’Diaye has been fingered by the SA football association to have glaringly manipulated the outcome of the Qatar 2022 World Cup qualifying match between South Africa’s Bafana Bafana and Ghana’s Black Stars two weeks ago.

This led to his bias propelling the Ghana side to a 1-0 victory and a place in the Last 10.

The wait is, however, agonising.

Back to this week’s developments, it seems strange that the Confederation of African Football (CAF) is now toying with the idea of hosting the Qatar World Cup play-offs at a neutral venue, in the host city Qatar, immediately after Safa’s complaint to Fifa about N’Diaye’s dubious handling of the Ghana versus SA match.

Suddenly, CAF does not trust its match officials.

And if all 10  national teams eventually gather in the UAE city of Qatar, it simply means the home and away format will be done away with, which means five one-legged games will decide the final five spots.

It remains to be seen whether  Fifa and CAF agree after the outcome of the N’Diaye investigation is made public.

In the second development, CAF held its general assembly on Friday, chaired and addressed by the South African CAF president Patrice Motsepe, with his confidante Fifa president Gianni Infantino in attendance.

At the general assembly, CAF came out in support of staging the World Cup finals after every two years.

Infantino even suggested that those opposed to the idea were  “afraid of losing their position at the top of the sport”.

Motsepe and Infantino believe African football would be one of the biggest beneficiaries of the proposed change.

But hell no, the Europeans in the form of the Union of European Football Associations and the South American confederation, are vehemently opposed to the idea, suggesting the move would diminish the tournament’s significance and render it a jamboree for all.

Who will have the last laugh?