Andile a dad, and his mom is not happy 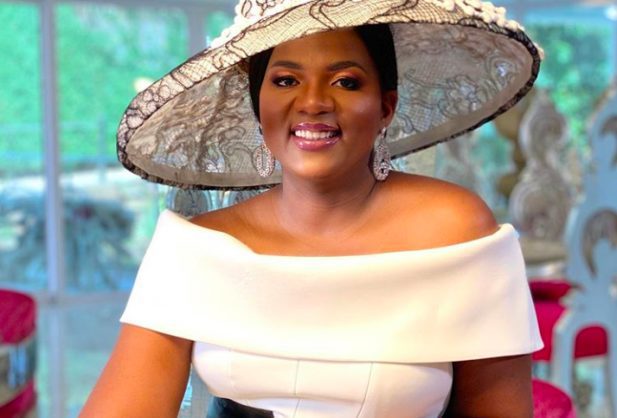 Flamboyant celebrity mom and extravagant businesswoman Shauwn Mkhize is not ready to be a granny.

The star of Mzansi Magic reality show KwaMam’Mkhize, who was previously known as Shauwn Mpisane before her much-publicised divorce last year, is reportedly a grandmother after her 21-year-old son, gqom artist Andile, fathered a child with a 27-year-old DJ Sthelo Shozi.

According to three sources close to the situation, but who asked not to be named, DJ Sthelo began dating Andile in 2018.

Sources claim that an excited DJ Sthelo gave birth this week and, soon after that, she began circulating the pictures of herself and the new-born baby.

“We were all shocked that she had given birth because she was hiding the truth behind the pregnancy because Mam’Mkhize was against their relationship,” the source said.

“She never approved DJ Sthelo as someone who could date Andile since she had another child from her previous relationship. Mam’Mkhize does not love DJ Sthelo and she cannot hide it.”

“Woow! I don’t know anything about Andile’s girlfriends. I can’t believe that Andile can hide something so big from me…”

When approached for comment, Mkhize said she did not know anything about the baby or its mother.

“Woow! I don’t know anything about Andile’s girlfriends. I can’t believe that Andile can hide something so big from me. We are very open to each other but I can’t be telling him who he must date and who he must not. Andile is still young and I can’t involve myself in his private affairs,” she said.

DJ Sthelo’s boss at Kotin Records and restaurant owner Siyabonga Nkwanyana, who is famously known as DJ Kotin, said he was shocked that DJ Sthelo was aunting the pictures of herself and her new-born baby.

“People have been asking me about her pregnancy and I denied it. Now I’m being seen as a liar. I defended her when she was in fact pregnant. I don’t know what to say, but it’s her private life,” said DJ Kotin.

A third source revealed that Andile went against his mother’s wishes to separate from DJ Sthelo.

“Andile loves DJ Sthelo. He made sure he finds her a flat in Umhlanga after taking her away from where she was renting in the hustle and bustle of the Durban CBD. Andile spoils her with expensive girls. That’s why his mother decided to cut his monthly allowance. His mother believes that DJ Sthelo is in this relationship with Andile not because she loves him, but because she just wants to benet.”

A fourth tipster added that when DJ Sthelo and her elders went to report the pregnancy to Andile’s family, Mkhize chased them away.

“They went to Shauwn’s place to report the pregnancy as tradition requires. Shauwn chased them away, telling them to go and report it in Lamontville [a township outside Durban], where her ex-husband Sbu Mpisane stays, the source said.

“Shauwn does not want anything to do with Sthelo. She accuses her of planning the pregnancy so as to be part of the Mpisane-Mkhize family.

“When Shauwn hears her songs on radio, she switches the radio off. During her pregnancy, Shauwn went to collect Andile’s car, which he had borrowed Sthelo. Let’s hope that one day she will accept her grandchild.”

DJ Sthelo declined to comment, while Andile could not be reached.