Cigarettes never heard of, selling at exorbitant prices as smokers puff on

By Somaya Stockenstroom
18th May 2020 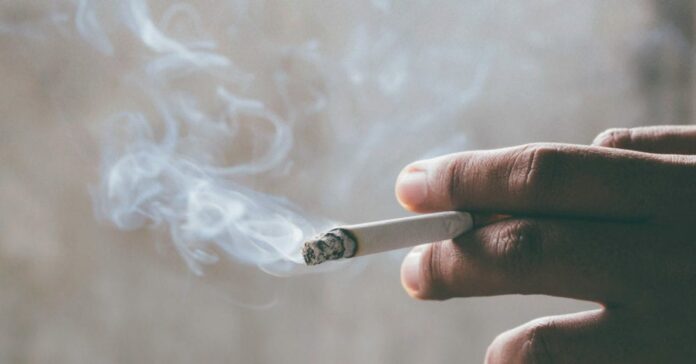 The cigarette ban by the government at the start of lockdown 53 days ago has done nothing to stop people from smoking and buying cigarettes illegally.

But many are being duped, buying cartons, only to find the boxes filled with paper or sawdust when they get home.

Brands we are accustomed to were selling at R1100 a carton, R80 to R100 a pack and up to R15 for a loose draw last week. This week, the prices have again increased through illegal vendors who feel no shame in asking R1500 a carton.

Many are settling for names they’ve never heard of before. Glamour, Caesar, Savannah, Suzuki, Carvella, Ossum, Sahawi, Navara and JFK.

Marcelle Roosevelt says a box of smokes called Red and Black, whose packaging looks similar to the Courtleigh brand, are the only ones she could afford. But two pulls off this awful cigarette was enough to kill her craving for two days. Another gentleman who smoked this brand at R300 a carton says it was so bad, even his dog coughed when he smoked in the animal’s presence.

Last year it was reported by Research house Ipsos that SA was the only country which allowed the RG brand, by Gold Leaf Tobacco, to become the top-selling brand

Cigarettes sold for less than the tax of R17.85 per pack are considered illegal. RGS, Caesar and Paul Mall, usually sold between R10 and R25 are now considered a luxury, selling at a whopping R95 per 20 pack. 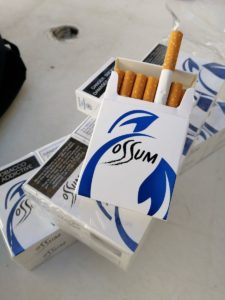 It has also been widely reported that these locally made cigarettes are worse for your health as inferior products such as old tobacco leaves,  pesticides, arsenic and rat poison are just some of the ingredients used.

Some people have been forced to quit, but report the cravings haven’t let up.

Crystal McTracey, from Cape Town, was excited when their ban was temporarily lifted and thought she had time to stock up. But police minister, Bheki Cele, clammed down hard and reminded them no one was exempt.

“I didn’t have time to replenish my stock. I am now on day 20 without a single smoke and it’s terribly hard. The craving doesn’t go away. Every day I wake up, wishing I had a smoke. I won’t buy these cheap illegal ones because they taste awful. So I will wait for level three and hopefully smoke again,” she says.

Many desperate smokers, who simply can’t afford these exorbitant prices, are now making DIY cigarettes trend on google as they search the internet for a quick fix.

And YouTube is filled with hundreds of self-help videos using various tea leaves, weed, and other herbs. But health experts warn that even though tobacco may not be you’re your key ingredient, it is still dangerous.

“Any vegetable matter that’s burned produces tar, carbon monoxide, and other toxins. When you breathe in the smoke of a herbal cigarette, you’re breathing those harmful toxins directly into your lungs,” reports everydayhealth.com.

Popular recipes involve rooibos and green tea leaves. But with rizla being hard to acquire, some folk are even trying onion peels to roll their leaves in.

Herbal Smokes An Alternative to Cigarettes

A local supplier selling an alternative to help smokers get their fix and also quit, is Leafolo. Founder Clifford Giesenow says it is a blend of herbs and botanicals – and because you can buy dried herbs and spices at food and health shops – their product does not contain Tobacco as so does not fall under the Tobacco Act. They started traded today under the new e-commerce regulations.

But he says it is not a cigarette either, but rather a

But he says it is not a cigarette either, but rather a blended mix of dried leaves, loose, in a resealable foil-lined bag.

“It is more than dried leaves in a bag. We blend in a certain way to get it fluffy and usable. You could make tea from it if you like, but it means people will need to roll their own cigarettes from it if they choose to try something else to smoke. And in these times people are trying to smoke anything it seems as the addiction is real. Even tea leaves! Nicotine (found in Tobacco), as you are no doubt aware, is a highly addictive substance.” He says their product is used primarily by people who are actively trying to quit smoking and use Leafolo™ to do so, as a healthier alternative. “This helps wean them off the Nicotine cravings and addictions. For this we recommend people mix it 50 / 50 (ie 50% Leafolo™ and 50% Tobacco) to start with, and then less and less Tobacco until the nicotine has left their system (typically a few days),” he says. The second use is for the Cannabis user who is looking for something healthier than Tobacco to mix with cannabis but also insists that Leafolo does not contain Cannabis.