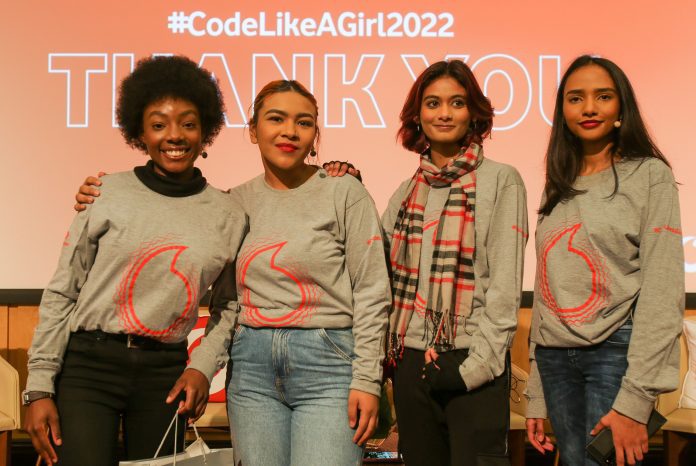 Four thousand girls are richer in Coding knowledge and can now head into careers of science, technology, engineering and mathematics (STEM) fields, thanks to The Vodacom #CodeLikeAGirl (CLAG) programme established in 2017.

Njabulo Mashigo, Vodacom South Africa HR director, said having started with only 20 girls in Tembisa, east of Johannesburg the impact and growth of the programme has been impressive.

She said in 2021 they had over 1 000 girls who took part in the #CodeLikeAGirl programme.

“According to Unesco [United Nations Educational, Scientific and Cultural Organisation], women represent only 30% of people in the STEM industry and that is something we would like to change over a period of time,” said Mashigo.

“We believe that planting a seed now, we are preparing our industry for a technology-ready future. Girls need encouragement because traditionally, they aren’t thought of as innovators.

“With the right skills and a confidence boost, girls will feel empowered to aim for the skies – whether that’s literally as pilots or astronauts, or as software developers, engineers, statisticians, or architects.”

Mashigo explained further: “Most people aren’t aware that half of all computer programming positions are in industries such as finance, healthcare, and manufacturing. Coding has become such a critical skill that it elevates a candidate’s chances not only of landing positions but also of commanding higher salaries.”

Chimwemwe Mwansa, 18, an alumni of CLAG, said before she joined the initiative she had only wanted to be a medical doctor specialising in pediatrics.

“During CLAG, the chosen speakers inspired me to research about careers in STEM and explore my interests,” said Mwansa.

Mwansa said her biggest milestone is a website she created using the skills she acquired from CLAG, which reflects on her passion for pioneer women. “It is such an amazing feeling to create something so digitally tangible.”

She added that coding requires focus and attention to detail, and she put her best foot forward and kept working on it until it looked like her standards.

“It paid off in the end, as I became the overall winner.”