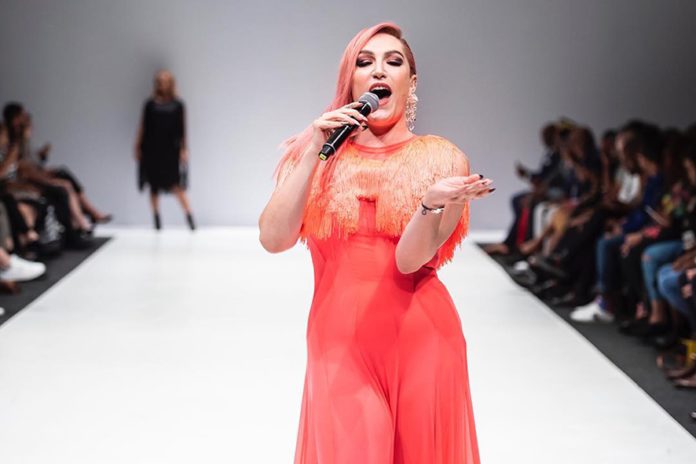 Popular singer Tamara Dey is demanding a total of almost R4.5-million in maintenance from her baby daddy.

And the baby daddy, whose name she has been hiding like a toupee, is none other than Yvonne Chaka Chaka’s son, Mninginisi Nkhavi Mhinga.

Tamara Dey, born Nathalie Atzeni, dragged Mhinga to the Randburg Magistrate’s Court demanding that he increase the R10 000 papgeld he has been paying towards the upbringing of their 20-monthold bambino to a whopping R20 000 per month.

If the court answers her prayers, it will mean Mhinga will pay a total of R240 000 per year and will have paid R4 320 000 by the time the
child reaches maturity.

According to the court papers, which Sunday World has seen, Tamara Dey said the amount she was demanding was necessary because Mhinga’s current contribution was insufficient to cover the child’s monthly expenses.

Mhinga, who is now plying his trade in Paris, France has filed a responding affidavit opposing the quantum Tamara Dey is praying for.

Mhinga, who works for a sports shop in the uranium-rich country, would have none of it.

He said as the father, he constantly spent time with the child – including some weekends – at his parents’ house in Bryanston, Joburg before being seconded to France.

He said Tamara Dey would send him a monthly list of the child’s expenses which totalled at least R10 000 and he would pay without any qualms.

“The applicant and I would ordinarily share the total costs based on the minor child’s monthly needs and deliver them to the house and use that time to visit the minor child,” he said.

Mhinga said in addition to his contribution, he also paid the child’s medical aid. He said when he was transferred from Joburg to France, he and the singer agreed he would continue to contribute the same amount towards the child’s upbringing.

He said he suspected the extra funds Tamara Dey wanted him to pay were for her personal benefits as they were not proportionate to the child’s needs.

The two will appear in court on January 28 next year, where they will square off over the issue.

“Aaah, no comment at this stage, sorry darling, bye,” she said.

Attempts to solicit comment from Mhinga also drew a blank.

Chaka Chaka said she was baffled by Tamara Dey’s demands as they had been looking after the child.

We have not neglected the child, because we always see the child because the child is part of our family,” she said.

South Africa’s COVID-19 deaths are on the verge of reaching the 10 000 mark after 305 more people died of the deadly disease. This...
Read more
News