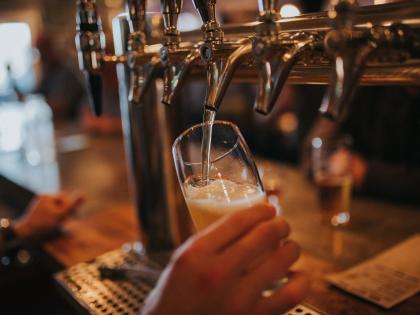 Government has taken unprecedented steps to curb the spread of the deadly coronavirus, ordering liquor parlours to close by 6pm or face  the full might of the law.

The Minister of Cooperative Governance and Traditional Affairs in a government gazette laid down the law which will fundamentally alter the way of life as we know it.

“All on-consumption premises selling liquor, including taverns, restaurants and clubs, must be closed with immediate effect, or must accommodate no more than 50 persons at any time: Provided that adequate space is available and that all directions in respect of

hygienic conditions and limitation of exposure to persons with COVID-19, are adhered to,” the gazette reads.

The Minister further said that special or events liquor licenses may be considered for approval during the duration of the national state of disaster announced by President Cyril Ramaphosa on Sunday as a measure to fight the rapid spread of the Coronavirus.

The regulations calls on premises selling liquor to close by 6pm and open at 9am the following morning.

South Africans who are known to frequent beer halls until the wee hours of the morning had mixed reactions to the regulations with many protesting against them on social media.