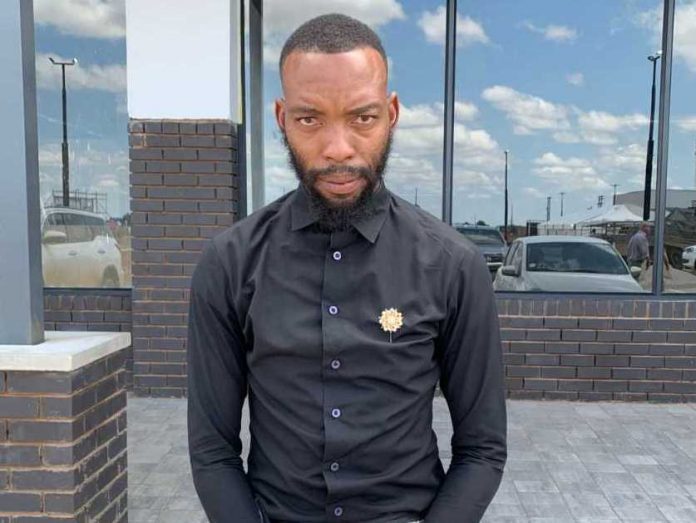 Johannesburg – A 33-year-old Mpumalanga designer has used the opening of the Siyabuswa Retail Centre to showcase his talent to the community.

Local designer and owner of Mbongakwande Sewing School, Mbongiseni Mahlangu, took advantage of the occasion to advertise his school.

The community of Siyabuswa finally have their own shopping centre after decades of having to rely on Kwagga Mall and malls in Pretoria for their shopping.

The centre was funded by the likes of Sampada Private Equity and other investors.

Speaking to Sunday World, Mahlangu said he grew up exposed to sewing and he fell in love with it.

“Both my mother and grandmother are seamstresses, and this made it easier for me to master sewing skills with their assistance,” he said.

“I am a sewing instructor by profession, I teach people how to sew. I am basically a fashion designer. I am wherever I am today because of the inspiration I received from home as a child.”

Mbongakwande has about 15 part-time and 20 full-time students.

The sewing school was opened in 2018 in Siyabuswa.

“I wouldn’t say I have faced challenges but I would refer to them as learning curves – as part of the journey, which everyone comes across in business. Our school takes everyone, from the age of seven to 75.

“Everyone who is passionate about fashion is welcome to be part of our school and better their skills,” he said.

“I have worked with Lunga Khabaye from Joyous Celebration as an assistant designer, where I got nominated as the best designer to represent the country in 2014. In 2015, I went to Gabon to represent South Africa,” he said.

One of his students, Sibongile Masangu, describes Mahlangu as a loving teacher with a great passion for what he does.

“I have never been into fashion that much but during my gap year, I decided to acquire a skill instead of doing nothing at home.

“Now I can sew my own clothes when they are torn instead of paying someone to do it for me,” she said.

“He started off in a small container two years back and now he has a proper school. His breakthrough was moving from a tiny shack to a bigger and proper venue,” she said.