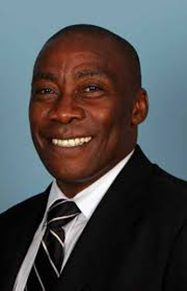 The Department of Agriculture, Land Reform and Rural Development has failed to discipline its director-general, Mduduzi Shabane, eight
months after President Cyril Ramaphosa ordered action against him.

In February 2017, the Special Investigating Unit (SIU) found Shabane guilty of financial misconduct and recommended disciplinary action against him.

This is related to the department’s Project Vulindlela, which was meant to digitise over half a billion pages of records held by the surveyor-general and deeds office, awarded to Gijima Holdings in December 2009.

The SIU found that Shabane was grossly negligent in the manner he handled the contract, causing the department to incur irregular expenditure of R544m, fruitless and wasteful expenditure amounting to R137m, and a loss or damages of no less than R237m.

In July 2017, a disciplinary process initiated by the department’s former minister, Gugile Nkwinti, found Shabane guilty and he was dismissed. But the Labour Court overturned the decision on the basis that Shabane could only be dismissed by former president Jacob Zuma.

After a long process that also involved former minister Maite Nkoana- Mashabane, who had in April suspended Shabane, the accounting officer was last month reinstated by current minister Thoko Didiza.

She said “there was no basis in law to keep him in unlawful suspension” and that she was dealing with the issue.

A spokesperson at the SIU, Thobekile Gwamanda, said they had been informed about Shabane’s reinstatement.

Sunday World has learnt SIU has now written to Didiza expressing their concern regarding Shabane’s return to his powerful post. “The engagement with the department is ongoing, we cannot give details at this stage,” Gwamanda said.

“The SIU cannot give details on this matter and once the engagement with the department is completed we will be in a position to respond to this question.”

The department did not reply to written questions sent on Thursday, while Presidency spokesperson Khusela Diko could not be reached for comment.