Black Coffee ‘made me lose out on gigs’ 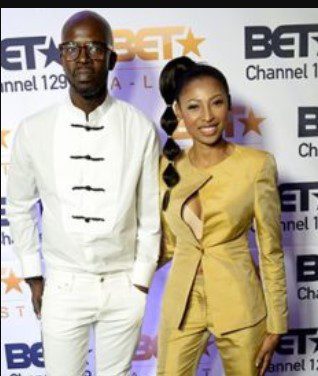 Sexy scenes were a no-no for Mbali

Isibaya actress Mbali Mlotshwa claims she lost out on many TV gigs because her husband DJ Black Coffee did not approve of her shooting romantic scenes with her male colleagues.

This she said in court papers led in the Joburg High Court, in which she is justifying the millions she is demanding from Black Coffee. “I also was under pressure from the respondent to not take up acting events as he would not accept me doing any romantic or intimate scenes. This demand by the respondent immediately caused many TV production companies and with numerous projects that I had been lined up for, to cancel or drop me from their lists of actresses. This because, presently, romantic scenes are part and parcel of the mainstream television and slowly and incrementally, I found myself becoming a stay-at-home mom without really being aware of it,” reads the papers.

Mlotshwa said she had lost income because of Black Coffee’s problem with her shooting romantic episodes and as result, she needs the artist, whom she said earns over R100-million a year from his overseas and local events, to pay the millions she is demanding from him.

She also wants the court to declare null and void the antenuptial contract she signed before marrying Black Coffee.

In the papers seen by Sunday World, the actress said the DJ tricked her into signing the prenup, which limits her claim from his estate to R4-million. She said the artist makes at least $8-million from gigs in Europe and the US and R20-million from South Africa.

Mlotshwa also amended her list of demands as part of the interim maintenance order and is now demanding a whopping R500 000 a year just for holidays from him.

She is also demanding that Black Coffee pay her more than R131 000 in monthly maintenance, made up of R80 000 child maintenance for their two minor children, R30 000 for groceries and household items and R17 800 for her beauty cosmetics.

The actress said she was unable to cover these expenses as she earned R45 000 a month.

Mlotshwa has asked the court to force Black Coffee to pay additional millions in her legal fees to help pay her attorneys to trace the DJ’s other assets, which are believed to be housed in offshore and overseas accounts.

She said Black Coffee owned their R5.9-million marital house in Sandton, a R26-million property in Braamfontein, and properties in Sandhurst and Northcliff among others.

Mlotshwa further claims that he also owns several luxury cars, including a Bentley Mulsanne worth R6.7-million, a Lamborghini Urus worth R3.7-million, a Bentley Continental GT worth R3.2-million, a Maserati Granturismo worth R2-million, Mercedes- Benz GL bought for R1-million and a Porsche Macan worth R1.6-million.

Black Coffee described his ex-wife’s demands as a “wish list” and said he took offence at Mlotshwa’s numerous referrals to “our joint estate”, stating she was creating an impression they were married in community of property, while they had signed an antenuptial contract without accrual.

He denied that he was making R100-million a year and said his income was not stable as it changed depending on seasons.

Black Coffee said he was also hit with a R40-million tax bill by SARS but managed to negotiate a settlement figure of R8-million with the taxman.

He challenged his wife’s submission about her income, saying that she earned R45 000 a month was not true. Her bank statement showed she had earned more than R700 000 in six months from her acting gigs, he argued. additional reporting by Theo Nyhaba