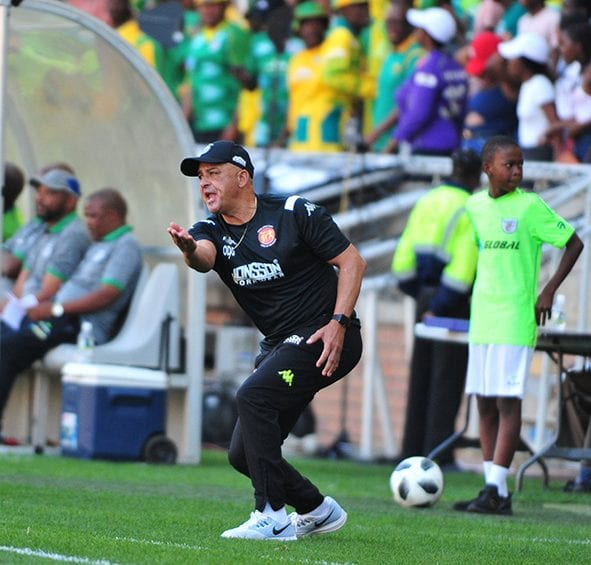 There is a dreamy quality to Saturday’s MTN8 final between SuperSport and Highlands Park, Xolile Mtshazo reports

Highlands Park coach Owen da Gama is of the view that after surprising themselves, and coming so far in the MTN8, Saturday’s final at Orlando Stadium should be their best opportunity to win some silverware.

Da Gama said he and his players are “thrilled and excited” to be in the final after working hard as a team. “It’s been the players working as a team. We’re under no illusion that we are facing one of the toughest matches since I became the coach. We are a young team, both in the age of the players and playing in the top league,” said Da Gama.

“We’re facing a team [Super- Sport] that has being in the final for the third season in a row, we are the underdogs but we’ve made history of our own, firstly by finishing in the top seven last season, avoiding relegation and making it into the final of the MTN8.”

The Lions of the North coach said the cup final would give them the experience of how tough it is at the top while preparing them for the journey ahead in the league and in the other cup competitions.

“While in the NFD we broke six records, it’s a fairytale story for us while at the same time being on a learning curve, really. It’s a growth process as we take it one game at a time.”

The vastly experienced mentor said their focus this weekend was on Polokwane City who they face in a Premiership match at their slaughter house, Makhulong Stadium in Tembisa on Sunday.
As Da Gama looks forward to this afternoon’s league game, and the final, he will be without Limbikani Mzava and Makhehleni Makhaula, who limped off with injuries and have been out since they knocked Orlando Pirates out in the first round of the MTN8 last month.
The casualty list continues with goalkeeper Tapuwa Kapini also out and facing a possible three-month lay-off due to nagging injury suffered in the Africa Cup of Nations qualifiers while representing Zimbabwe. Defensive midfielder Spiwe Msimango is back. “The injured give others a chance to get a run, that’s how the story goes. It’s better for the team for everyone to get a chance to play.”

Showmax series offers a peek into the life of SA’s famous...