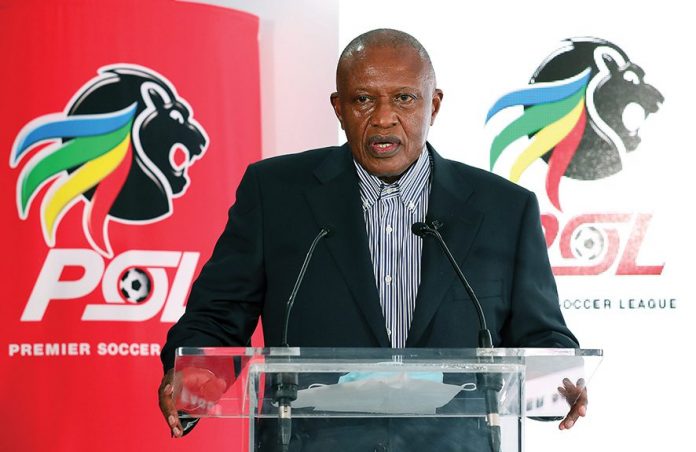 Orlando Pirates boss Irvin “Iron Duke” Khoza has made a startling revelation when he mentioned that he was Senzo Meyiwa’s agent.

Khoza, who is also the chairman of the Premier Soccer League, revealed last week that he is still disturbed by the never-ending Meyiwa’s case.

Meyiwa was the Pirates and Bafana Bafana captain at the time of his death. He was murdered at the house of his girlfriend Kelly Khumalo in Vosloorus in 2014.

“Senzo was one of the few players in the team that never had an agent. It was the same with Mark Fish and Thamsanqa Gabuza, they never needed to have agents,” said Khoza.

“That’s why I was Gabuza’s agent when he left Pirates and went to SuperSport United – I said I was going to make sure that I was going to negotiate a good deal [for him]. When you do good, you make us your ambassadors, and I always say to players that when they are still stars, a lot of people are attracted to them – people always come to you.

“But when you are on the way down, you must make yourself attractive to the people. Unfortunately, it happened [Senzo’s death] at a time when he was captain of my club and the national team.

“It cannot be good and I hope they find a solution as soon as possible, and when they find the culprit, then I will be at peace. I don’t think the boy deserved that kind of treatment because he was a gentleman.”

Meyiwa’s case is back at the high court in Pretoria on July 12. Defence lawyer Malesela Teffo has claimed that his clients, four of the five men accused of Meyiwa’s murder, did not voluntarily admit to the crime – but they were assaulted by the police to confess.