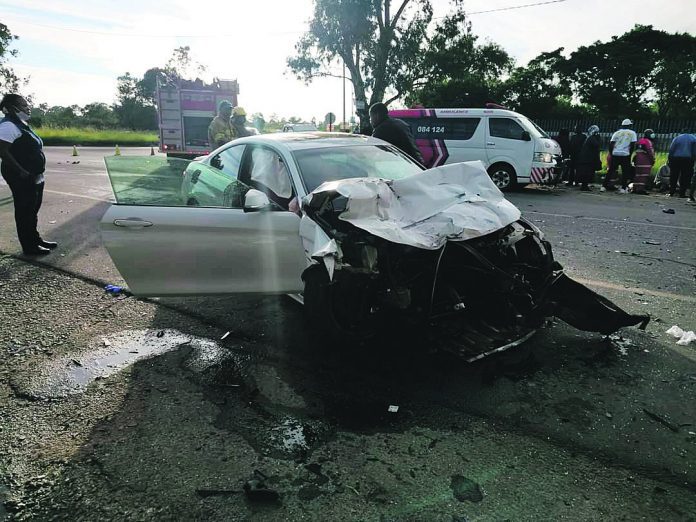 Johannesburg – Former Kaizer Chiefs, Orlando Pirates and Bafana Bafana star Jabu Mahlangu is alleged to have fled the scene of a horrific accident that left 15 people badly injured in the early hours of Saturday.

The former wayward dribbling wizard, who is now a soccer analyst for SuperSport, was involved in the accident in Benoni, in which his white BMW M4 allegedly collided head-on with a Toyota Quantum taxi.

Mahlangu’s car was badly damaged in the front, while the taxi rolled.

According to his lawyer, Mabu Marweshe, Mahlangu was admitted to the Far East hospital in Springs to be treated for injuries.

“I can confirm that Jabu was involved in the accident and I am in communication with his brother, who told me that he is now out of danger as he is stable.

At the moment I am not in a position to reveal more regarding the accident, but my client has been discharged from the hospital, Marweshe said.

“We will give him time to rest and engage him later on Sunday.”

When Marweshe was asked on the allegations that Mahlangu had fled the scene and he was called as his lawyer, he said that there was no problem for him to be called.

Marweshe said Mahlangu’s brother called in case Mahlangu needed to make a statement to the police.

“I cannot comment on the matter that he was not found at the scene,” he said.

ER24 spokesperson Russel Meiring confirmed that Mahlangu was not at the scene when the paramedics arrived, and his car had been left unattended.

“This morning 15 people got injured when a light motor vehicle and taxi collided on Modderbee Road in Benoni.

ER24 arrived at 6am to find a light motor vehicle on the road, while a taxi had rolled, coming to a stop a short distance away. Several people were seen walking around the scene or seated on the pavement,” Meiring said.

“Medics assessed the patients and found that a woman from the car and 14  men and women from the taxi had sustained minor to moderate injuries. Fortunately, no fatalities were found.

The patients were treated and later transported to nearby hospitals for further care. The driver of the light motor vehicle was not found on the scene. Local authorities were on the scene for further investigations,” he said.

A close source claimed that Mahlangu was from his hometown of Daveyton, where he had attended a funeral of his friend who was a socialite, and he had stayed for after tears.

“Jabu had attended the funeral of his friend and he stayed for after-tears celebrations and drove home with a friend, and that is when he got involved in the accident,” said a source. 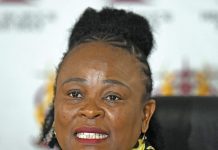 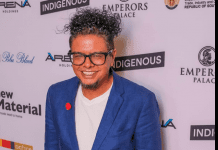 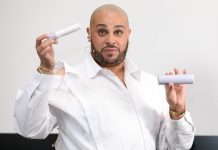 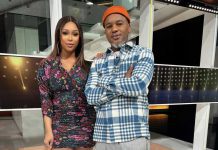 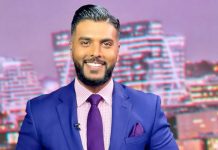 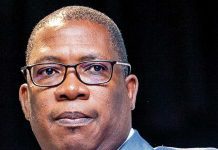