Judge dismisses application to recuse herself from Mandela fraud trial

Judge Igna Stretch, presiding over the Nelson Mandela fraud trial at the Bhisho High Court, on Thursday dismissed an application to recuse herself from the trial.

The application for Stretch to recuse herself was lodged by accused number one Phumlani Mkolo, the former ANC chairperson at Dr WB Rubusana region, through his attorney Nyameko Diniso.

It followed a conversation between Mkolo’s legal defence counsel Lusindiso Matoti, the trial prosecutor Ulrike de Klerk, and Stretch in the judges’ chambers, where Matoti indicated that there would be an application for a postponement by his client who wants the court to wait for the outcome of his legal representations to the Eastern Cape director of public prosecutions Barry Madolo.

According to Matoti, Stretch was dismissive of their intent to lodge an application, arguing that she will not entertain any delaying tactics. She also made a reference to former president Jacob Zuma trial delays as something she would not allow in her court.

Diniso lodged an application arguing that Stretch was biased and had pre-judged the intended application as a delaying tactic before it was presented before the court.

He said Stretch seemed to have formed an opinion prior to actual knowledge that the application was merely dilatory delaying tactics to stall the trial from proceeding.

The matter was argued at the Bhisho High Court last Friday and the application was opposed by the prosecution team led by De Klerk.

In dismissing the application, Stretch said the statement made under oath by both Mkolo and Diniso in support of the application for her recusal is based on hearsay of what was said in the chambers and does not deal with the context of those remarks.

She said: “There is no reliable evidence on oath before me on what transpired in chambers. The description of oath purporting to lay this first-hand knowledge of and the reaction to what transpired in my chambers constitute inadmissible hearsay.”

The trial will resume on Tuesday. 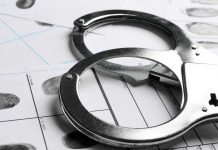