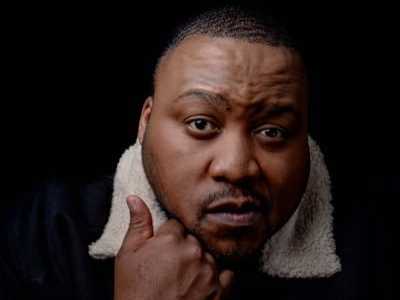 Johannesburg – It seems that there is never any peace and quiet when it comes to the judge and host of the Nota Show.

If he is not robbing the artists he claims to manage, he makes up stories about physically hitting other hip-hop artists, it would appear.

Nhlamulo “Nota” Baloyi was in a complicated fracas over money that was due to artists that he was allegedly managing.

Those artists included Kwesta Dakar, Makwa, and many others.

Kwesta said during Mac G’s Podcast and Chill, Nota was never his manager because they never signed anything.

“The headline should say that Nota says Stogie T punched a woman trying to get to me, I am not going to name the woman. If she wants to open a case, she can open a case,” he said on the live video on social media.

He also said that the fight has been a long time coming since October 2020 because Stogie T wanted his location and he dropped it on their WhatsApp chats.

Many celebrities reacted to this, including Cassper Nyovest and politician Mmusi Maimane.

Take a look at what they had to say below:

I'm sorry but ain't no way Nota Pinning Stogie Down !!! I don't believe him!!! Well, I never believe him. Lmao.. I'm sure ba mo goteditse ka tse hot.. Settle it in the ring boys. Street fights aren't cool, they are too dangerous. Get in the ring if you wanna be a tough guy!!! pic.twitter.com/8S1sBLJ7af

The physics is not adding up. The mechanical engineering of the narrative leans towards fiction.

Stogie T has since released a statement addressing these allegations made by Nota and he said Nota is a clown that chases clout.