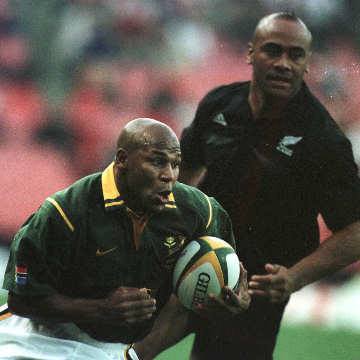 His wife Maria confirmed the news.

Williams’s former Springbok teammate Mark Andrews told Sunday World that he was devastated to hear about the death of another teammate.

“We are very close and we had just buried another brother of ours James Small a month ago and now Chester. It’s almost unbelievable,” he said.

“It’s almost like life is playing a cruel trick on us, it’s devastating and sad.”

The iconic player had just started his Chester Williams beer brand a while ago.

He is survived by his wife Maria.