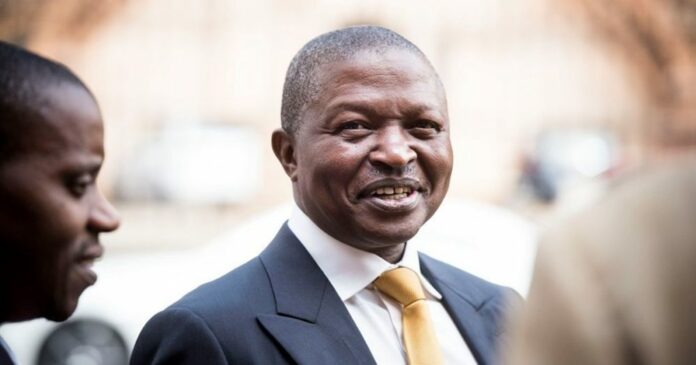 Deputy President David Mabuza’s bodyguards have allegedly run up R10-million accommodation bill while living at the Southern Sun Emnotweni in Mpumalanga over the past two years.

Shockingly, a quarter of this bill, footed by the taxpayers, was allegedly incurred in the absence of the deputy president by his protectors who are based in Mpumalanga full time. The bodyguards, who are believed to be 12 in number, mostly from Gauteng, have been booked at the hotel at a daily rate of R1 200 a room since August 2018, according to government and hotel sources.

The price, according to hotel sources and a police officer privy to the details, was negotiated from a R1 800 daily rate. According to information received, the bodyguards forced the hotel to remain open even aft er President Cyril Ramaphosa announced the lockdown in March.

Tsogo Sun had, following the announcement of the lockdown, announced that it was shutting down all the operations of its hotels. But Emnotweni Hotel remained open because of the deputy president’s bodyguards. Tsogo Sun spokesperson Neo Mboniswa confirmed that the hotel stayed open to service essential service workers, but declined to disclose who they were.

“Tsogo Sun Hotels can confirm that Southern Sun Emnotweni did trade throughout the level 4 national lockdown period as a facility accommodating essential service workers as permitted under government regulations. All guest information is strictly private and confidential and may not be distributed or shared externally,” Mboniswa said.

A hotel staff member revealed the four-star hotel had only 15 guests and 12 of them were Mabuza’s bodyguards. “We were only informed that we can’t close because we have to service the bodyguards as they are our long-term guests. They have been staying at the hotel for the past two years,” said the employee.

According to the calculations, R 5.3-million was spent at the hotel in 2019 alone. Since the beginning of this year, at least R3.1-million has been spent on their accommodation.

Mabuza’s spokesperson Matshepo Seedat said all questions about the expenditure and places of residence of police personnel should be referred to the SA Police Service, where the officers are employed, saying they are responsible for the security of the president and deputy president. Seedat, however, disputed claims that the bodyguards provided services in the absence of the deputy president.

National police spokesperson Vish Naidoo said: “For security reasons, I am not at liberty to provide any information on the matters pertaining to the deputy president’s protectors.”