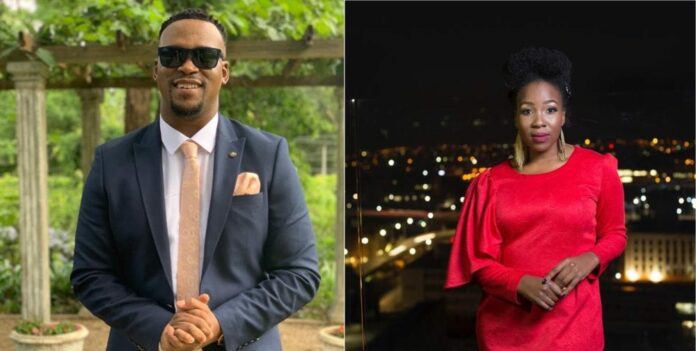 Ex-wife threatens to have him locked up

Gang of Instrumentals member and City Ses’la actress Tumi Masemola almost got her ex-husband and Lockdown creator Mandla N locked up by the police for allegedly breaking the government lockdown rules.

This after accusing him of taking their two children from her last weekend under the pretext that he was going to spend time with them, but farmed them out to his friend, thus breaking the lockdown regulations and exposing them to possible danger of contracting the coronavirus.

The two former love birds are co-parenting their two daughters from their 16-year marriage, which collapsed about two years ago after accusations and counter-accusations of infidelity.

A family member, who did not want to be named, said Mandla N, real name Mandla Ngcongwane, fetched their two daughters from Masemola’s house in the south of Joburg on Friday and was expected to return them on Sunday after spending time with them.

But to her shock, Masemola learnt that Mandla N had farmed the children out to his friend as he had too much work to do.

“She had called a meeting to discuss his conduct,” said the member.

The member also said Masemola threatened to report Mandla N to the police for breaking lockdown regulations and endangering her children’s health.

But her temperature plummeted when Mandla N apologised, begged her to forgive him and not to report him to the police.

Masemola confirmed that Mandla N had taken their children to his friend’s house and went to work when he was supposed to spend time with them.

“I was worried about my kids because he had taken them to a third party when they should have been with him. It’s not safe out there, especially when the country and the world are on lockdown,” she said.

Mandla N said he knew nothing about the matter, saying that he was with his kids at his home.

“I didn’t take my kids to any third party,” he said.

But when told about his apology, which was confirmed by Masemola, he said he has apologised to his ex-wife for various things.

The City Ses’la producer even went to the extent of putting his ex-wife on a conference call trying to deny the matter, but Masemola did not budge.