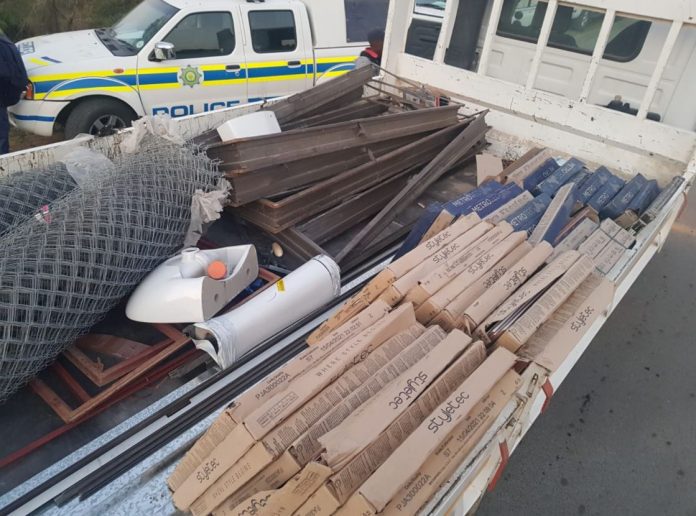 Johannesburg – A Mpumalanga man is today expected to appear before the Kanyamazane Magistrates’ Court after he was arrested for being in possession of an undisclosed quantity of building material, which is suspected to be stolen.

The 36-year-old was on Wednesday nabbed in an intelligence-driven operation after members of the Nelspruit Flying Squad acted on information gathered by Crime Intelligence.

It is alleged that the man was in possession of stolen goods in his house.

“The information led the members to Tinkomeni area in Pienaar at the house of the suspect, where he was found in possession of different sorts of building material believed to have been stolen from Hardware PNL in the Pienaar Lehawu area. The value of the stolen items is yet to be calculated by the owner,” SAPS provincial spokesperson Brigadier Leonard Hlathi said in a statement.

“All the stolen items were found hidden in the suspect’s garage and he could not produce proof of payment, thereof hence he was arrested.

“The suspect was charged for being in possession of suspected stolen property and he is expected to appear today [22 July 2021] at the Kanyamazane Magistrates’ Court.”

Hlathi said police had uncovered that the case was linked to two other cases, where three people were also caught red-handed inside the same hardware store and were arrested.

“They are currently standing accused of cases related to business burglary and have already appeared before the same court, where their matters were remanded to a later date,” he said.