With South Africa’s youth unemployment at a record high of 63.9%, some youths have set their sights on being employers rather than finding jobs.

Mwangaza Cishugi is one such youth. Born and raised in Signal Hill, a small town in Newcastle, Cishugi says her single mother’s dedication and arduous work has always been her top inspiration.

The 25-year-old attended high school at Saint Oswald secondary school, where she completed matric in 2017. She later enrolled for a civil engineering and plumbing course at Majuba College. She graduates next year.

Cishugi told Sunday World that she is busy with her practicals at Moteko Quantity Surveyors Project and Program Managers in Newcastle.

She said her responsibilities at Moteko include developing, managing and maintaining construction projects.

A diligent worker like her mother, Cishugi enjoys being on the ground and getting her hands dirty.

She said she gets easily bored in the office and prefers being hands on.

When asked about the challenges she faces in what society considers a “man’s job”, Cishugi says it is smooth sailing for her as she believes she works with modernised people.

“My dream is to open my own construction company so that I can create jobs for millions of young people of all races out there.”

Langalokuthula Msongelwa, too, has set his sights on empowering the youth, this time in farming.

A fourth-year student at Walter Sisulu University in Mthatha, where he studies information technology in business analysis, the 27-year-old Msongelwa started farming in 2020 as a way of dealing with the hard lockdown at the peak of the Covid-19 pandemic.

Born in rural Mathwebu, Mbizana, in the Eastern Cape, the sole owner of Mtasi Greens said he followed in his father’s footsteps but took farming further because of rising unemployment.

“The farm I am using is my father’s, it is 2.8ha big, and we plant vegetables, from cabbage to spinach.

“I am playing my role in the Vuk’uzenzele campaign we grew up hearing about.”

Msongelwa, who started his farming business without proper funding and support, said his business has grown in leaps and bounds, and he now supplies surrounding communities and local retail shops,  including Boxer and Spar supermarkets. 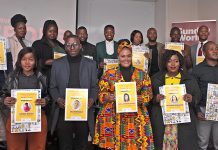 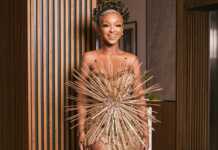 Celebrities who ‘showed the honey’ at the Hollywood Durban July 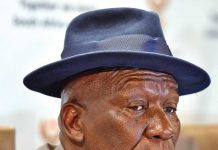