Police urged to do utmost to protect communities 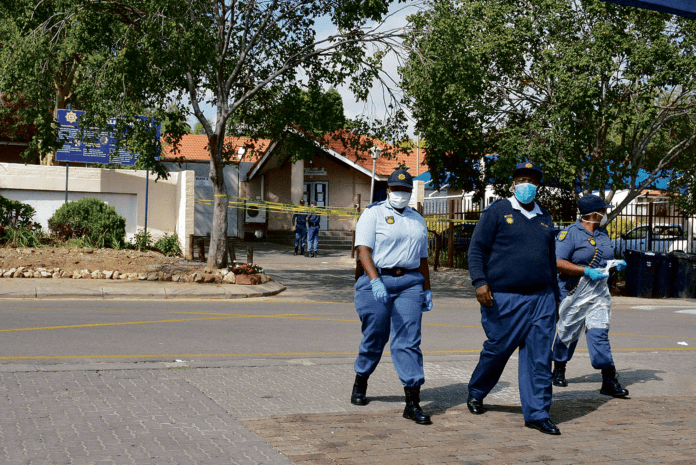 Johannesburg- Police Deputy Minister Cassel Mathale has called on members of the South African Police Service (SAPS) to serve communities to the best of their abilities.

The Deputy Minister made the call during his address and in response to comments and complaints raised by the community during a recent Crime Prevention Ministerial Imbizo at Boitumelong Sports Ground in Bloemhof in the Dr Ruth Segomotsi Mompati District, North West.

High on the agenda were issues of gangsterism, alcohol and drug abuse in the area.

The engagement also sought to provide the residents with a platform to discuss and engage the SAPS on the identified crimes plaguing the community and at the same time promote and improve relations between police and the community at large.

In his address, he said the presence of the Ministry and police presence in Bloemhof was a confirmation that the community had power which compels the collective to interact, listen and get guidance from the community as part of working together to do more.

He requested the community to work together with the Station Commander in addressing criminal activities in the area. Furthermore, he urged the police to respect the community so that they can earn their respect and that SAPS members who are involved in criminal activities, will be arrested and change from the dignified and much loved blue uniform to an orange one. Regarding the shortage and misuse of resources, the Deputy Minister requested the police leadership at National and Provincial level to urgently attend to the challenges, including allegations that the station’s telephone is continuously not working.

Concerning COVID-19, the Deputy Minister requested the community to vaccinate as that will also ensure that life goes back to normal so that challenges of poverty, crime and unemployment can be vigorously fought.

As part of information sharing and public education, Heads of Entities such as Civilian Secretariat for Police Service, the Independent Police Investigative Directorate (IPID) and the National Prosecuting Authority (NPA) also addressed the attendees.

The Deputy Minister reminded the community to behave themselves in a responsible manner during festive season to ensure that every one is safe and assured South Africans that the “Country in Blue” is in full swing and extending its reach through blue light visibility.