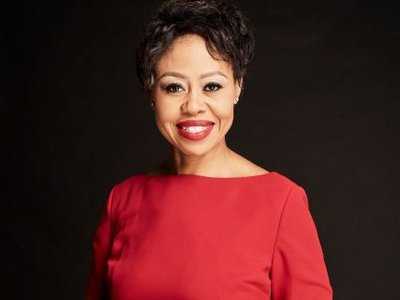 Tlhabi took to Twitter and expressed how much she thinks Dudu Zuma is truly her father’s child.

This twar has been on since Saturday night after Tlhabi alleged that Zuma was a sexist and misogynist, following her past encounters with him.

This follows shortly after the award-winning news anchor, broadcaster, author and moderator, had tweeted that Dudu and her father think they cannot be tracked yet they can be easily tracked and do not even need hawks.

The Same Politician You Used To Visit In His Forest Town Home…??? I Know Cause I Used To Open The Door For You…And It Didn’t End There, You Followed This Same Politician To Genendendal In CPT…Qhubeka And I’ll Open The Files…You Are Just Bitter!!! https://t.co/fEPp8OQkQT

Duduzile Zuma clapped back with a tweet and said the same politician you used to visit in his Forest Town Home, I know because I used to open doors for you.

Zuma-Sambudla threatened to share more details of Tlhabi’s encounters with her dad.

“You sat in a court of law and justified his rapey predatory abuse of Fezeka Khuzwayo. So, nothing will stop you doing it here,” responded Tlhabi to Duduzile’s tweet.

Tweeps weighed in on the matter, take a look at what they had to say:

Whenever you talk about the Khwezi story, you always conveniently forget to add that prior to her accusing JZ of rape the courts found out that she had already falsely accused three public figures of the same evil deed. You also wrote your "book" without consulting the family.🙄

Tlhabi denied going to Zuma’s forest house but admitted to going to one of Zuma’s homes, his Dumbarton Residence, which was his official residence as deputy president.

According to her, Zuma seized this opportunity to be “creepy and predatory”.