SA applies for extradition of Gupta brothers from UAE 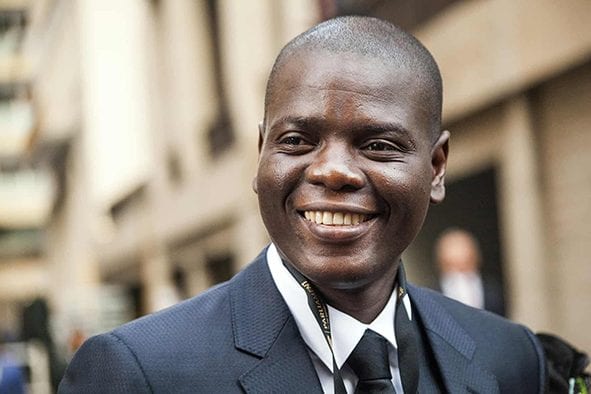 South Africa has submitted a request for extradition of the infamous Gupta brothers from the United Arab Emirates (UAE), according to Justice Minister Ronald Lamola.

Updating the nation on the protracted Gupta extradition proceedings and other high-profile matters in Pretoria on Monday, Lamola said: “The Gupta brothers have already been charged and warrants were issued against them.

“On 18 July 2022, a request was received from the national director of public prosecutions for the extradition of the Gupta brothers from the UAE to the Republic of South Africa to stand trial on charges of fraud, money-laundering in terms of Prevention of Organised Crime Act, 1998, and corruption contrary of the Prevention and Combating of Corrupt Activities Act.

“The request is made in accordance with the extradition treaty between South Africa and the UAE, as well as the United Nations convention against corruption, which is a multilateral international convention to which both countries are the member states. We can confirm that the extradition request has been duly submitted to the UAE central authority.”

In June, the National Prosecuting Authority (NPA) called on South Africans to allow for the extradition process to continue without being distracted after speculation that it was dragging its feet in bringing the fugitives back to the country to account for wrongdoing.

NPA spokesperson Mthunzi Mhaga said at the time that extradition processes are not easy and the complexity varies depending on the countries involved.

“We note with concern the widespread misinformation and speculation about how the NPA and its leadership are handling this complex legal process. While we recognise the public interest in this matter, we must focus on delivering on our constitutional mandate and responsibilities without distraction, and without fear or favour,” said Mhaga.

“The NPA welcomes constructive criticism. However, recent irresponsible reports about the NPA’s apparent poor handling of the process, or failing to respond to UAE requests, are not accurate, and should be dismissed as dangerous speculation, or politically and personally motivated attacks to undermine the NPA and its leadership during this process.”

Mhaga said the NPA, which was “on track” with the extradition process, had assigned a group of “experienced and highly skilled” prosecutors to lead the legal aspects of the proceedings. The NPA has since been mum with regards to the extradition progress.

Two of the three Gupta brothers – Rajesh and Atul – were nabbed in the UAE on charges including money-laundering. The Department of Justice and Correctional Services said it was notified by law-enforcement authorities in the UAE that the fugitives had been arrested. It remains unclear why Ajay, one of the trio, is not behind bars.

The Guptas escaped to Dubai after they were implicated in looting billions of rands in South Africa during former president Jacob Zuma’s reign. They were the kingpins of state capture and the Zondo Commission into Allegations of State Capture, headed by Chief Justice Raymond Zondo, found them to have been central in the looting, mainly from state-owned enterprises.