SACAA lambasts DA parliamentarian for being a ‘liar and sensationalist’ 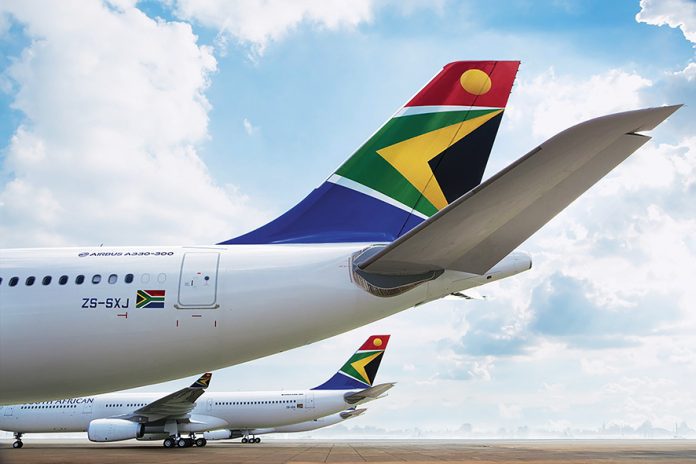 The SA Civil Aviation Authority (SACAA) has poured cold water over allegations of safety concerns on an SAA flight levelled by the DA parliamentarian Chris Hunsinger, labelling him “a liar and a sensationalist”.

Hunsinger said: “The DA is appalled that the Minister of Transport, Fikile Mbalula, seems to be trying to protect SACAA from being held to account, especially in light of yet another serious safety concern on [an] SAA flight.

“During a parliamentary portfolio committee on transport meeting on 8 March 2022, Minister Mbalula said that the report and findings of the Ethiopian Aircraft Accident Investigation Bureau’s (AAIB) investigation into the crash of the South African Civil Aviation Authority aircraft, Cessna S550 ZS-CAR, tasked to carry out a calibration flight at the George Aerodrome on 23 January 2020, would be appealed.

“The DA has since been in contact with [the] AAIB and has been reliably informed that the AAIB did not attain new and significant evidence presented to the AAIB to review or consider reopening the investigation.”

He added that Mbalula and SACAA seem to have a disregard for aviation safety.

“Three people died in the ZS-CAR crash and a whole plane full of passengers was put in danger on 15 April 2022 when an SAA Airbus A330-300 seems to have left Accra, Ghana with significantly water-contaminated fuel.

“The flight, SA9053, was piloted by captain Vusi Khumalo who was in command of the vaccine flight that experienced the extraordinarily dangerous alpha floor event on 24 February 2021. Captain Khumalo was recently appointed as SAA’s head of training despite his lack of previous training experience.

“SACAA has proven that they cannot be trusted to put the safety of passengers and crew first. The aviation authority is hiding behind Mbalula’s skirts and trying to weasel their way out of accountability. The DA will not allow SACAA to put more lives in danger through their efforts to save their own hides.

“The DA is appalled that Mbalula seems to be trying to protect the SACAA from being held to account, especially in light of yet another serious safety concern on an SAA flight.”

SACAA spokesperson Sisa Majola said his organisation is deeply concerned about the false and exaggerated allegations spread by Hunsinger on the handling of the SAA’s incident in Accra by the regulator.

“What is puzzling is that the SACAA has never received any query from the shadow minister [Hunsinger], yet he releases a media statement which is completely misinformed,” said Majola.

“SACAA received an incident notification on the regulator‘s central safety reporting system from SAA on 17 April 2022 after the incident on 15 April 2022. The civil aviation regulations give operators up to 72 hours to report incidents to the SACAA depending on the nature of the incident and this requirement was complied with.

“The airline reported that when the crew were preparing to take off from Accra, Ghana en route to OR Tambo International Airport, they noticed a warning light in the cockpit that pointed to fuel contamination.

“Upon investigation, the crew activated the safety procedures, which led to the draining of the water-contaminated fuel, followed by the refuelling of the aircraft. The aircraft subsequently continued with the return commercial scheduled flight to OR Tambo International Airport.”

Majola added that while the flight was flying over Botswana, the crew experienced a low-pressure fuel warning and exercised safe flight procedures to ensure that they continued with the flight and landed safely at OR Tambo airport.

“The AIB [accident investigation bureau] Ghana notified the South African accident and incident investigation division who also notified the SACAA on 25 April 2022. The biggest concern for the SACAA, however, is the bullying of an African pilot by the shadow minister, as demonstrated in his media statement and falsely pushing an agenda to question the competence of African pilots, as proven by Mr Hunsinger‘s statement released on 27 June 2022.

“This approach is detrimental to the future of our crews and only serves to impact their reputation negatively in their choice of career. The SACAA views Mr Hunsinger’s actions as careless and lacking in empathy.”

Majola explained further: “Should the shadow minister have been interested in the truth, he would have discovered that the African pilot he is accusing of this incident was in fact not even part of the crew that dealt with the fuelling and refuelling of the aircraft in Accra. This captain, in contrast, was responsible for the safe piloting of the flight from Accra to Johannesburg.”