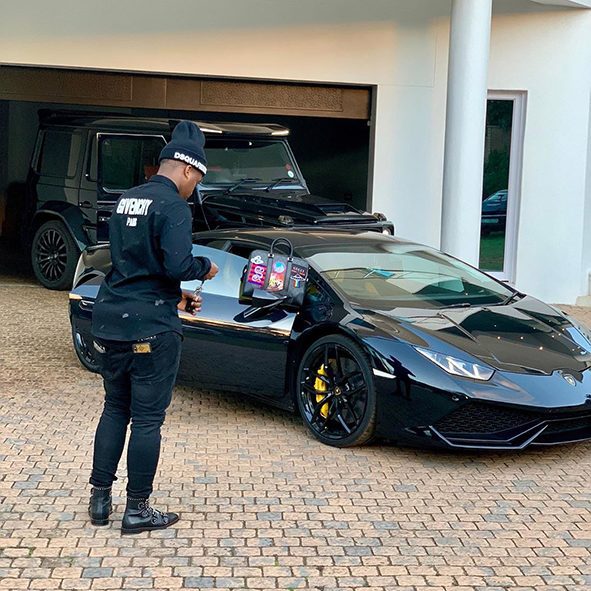 ‘He fathered several kids out of wedlock’

Andile Mpisane has called out his father, S’bu, on his alleged philandering ways, claiming that he cheated on his mother and fathered at least four kids out of wedlock.

Andile claimed his father was also using resources belonging to his tycoon mother, Shauwn, to maintain the same kids he sired with his mistresses.

Andile, who is also a soccer fanatic, also claimed that his father allegedly hijacked his club, Royal Eagles, bought for him by his mother, and abandoned it after running it down – only to return later when the club’s fortunes changed.

These details are contained in a letter posted by Andile on Instagram.

Andile has since deleted the message, but not before Sunday World was alerted of it.

In the message, Andile revealed that he was exposing his father’s shenanigans because he was now being targeted and robbed of a legacy secured for him by his mother.

“I have been in quiet observation of how Uma wami [my mother] has been vilified by her estranged husband in the papers. I have kept the “Indaba zabantu abadala” [my parents’ issues] but now, my name too is dragged into it, by someone who was supposed to be my protector…,” reads part of the message.

According to the messages, which were published in two segments, Andile said his mother had always compensated her husband’s ego by sharing her individual brilliance and achievements with him to ensure that he did not feel emasculated.

This, he said, was because, his mother had been giving his father positions and joint credit without him making any contribution.

Andile also revealed that his mother also helped her husband establish companies in his name and provided funds to get them off the ground.

However, he said his father always ran them down, leaving his mother with no choice but to pump in more money to protect her husband’s ego, so that he did not come across as a failure in business.

He said all those businesses had since closed down since their separation. In the first message, Andile said he had not spoken to his father in two years.

The gripe, he said, started in 2014 after his mother bought the Sivutsa Football Club and later changed its name to Royal Eagles for him.

He said his father started resenting him and became more distant towards him.

“I call him her husband and not my father because a father would not go on two years without speaking to his son.

“A father would not intentionally lie and steal what was built for his son. A father provides and does not take from the mother to rob his son,” reads his message. 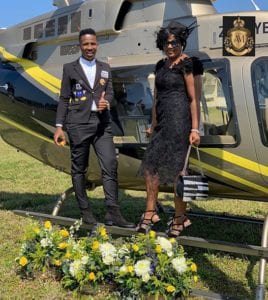 Andile said despite taking control of the club, his father deserted it when the club faced relegation with only 10 games of the season to go.

He added that his mother had to come back and salvage whatever that was left of the club and made it great again, but only for his father to return with a claim against the club.

“Over two months ago Ms Mkhize and Mr Andile Mpisane took the painful decision to relinquish their rights & claim to their football
club, Royal Eagles FC. as they did back then, they today wish the club nothing but the best under the change of management. Their focus is
on their other ventures, as it is well known that Ms Mkhize is a serial entrepreneur and has imparted that spirit of building and forging forward unto her son.

Ms Mkhize has also undertaken the role of primary care giver to her daughter Sbahle, who has made tremendous recovery since her near fatal accident last August.