Shimza and Mmusi Maimane in heated twar over R15m stadium 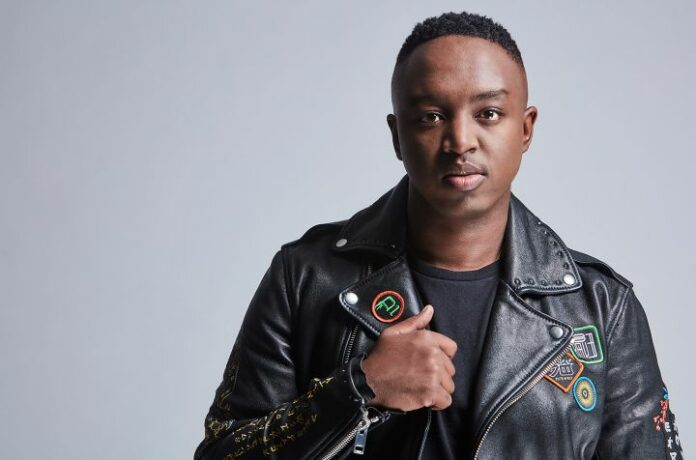 Johannesburg- The twitter streets are messy as the fight between politician and OneSA  leader, Mmusi Maimane and DJ/entrepreneur DJ Shimza thickens.

This comes after the Enoch Mgijima Local Municipality from Queenstown in the Eastern Cape posted images on Twitter of the opening of its ‘R15million’ stadium.

Apart from the mayor, Luleka Gubhula cutting a ribbon, wearing ANC regalia at the event, the costs of the actual stadium got South Africa talking.

This is because there is slim to no evidence that proves that the stadium really is worth the said amount.

Athi Geleba who is the head of Digital Communications in the Presidency in South Africa and an alleged girlfriend to Shimza tried defending the municipality, counting a number of things that were done with the money.

She caught smoke when Mmusi said, Shimza must send her flowers because she is defending crime. On the other hand, the Eastern Cape Cooperative Governance and Traditional Affairs (CoGTA) MEC, Xolile Nqatha, has expressed concern over the reports surrounding this R15 million stadium project at the Enoch Mgijima Local Municipality.

The project caused a stir on social media platforms after the municipality posted pictures of its unveiling.

The municipality has since deleted pictures of the unveiling.

In a statement, Nqatha said, “I fully understand the negative commentary and public comments on the matter. For that reason, we have requested the leadership of Enoch Mgijima Local Municipality to get all the facts about the scope of work for the project and what has been delivered so far.”

Sunday World tried contacting Shimza and he said he was busy.

Take a look at the exchange that took place on Twitter below:

This sport field did not cost R15 million. That is the bottomline. The public deserves a full explanation. pic.twitter.com/TnNWqB0NxV

Meanwhile this is the athletics track. I have seen shriveled carrots in better shape.

Voters are not being taken seriously if this is the best explanation. https://t.co/OQh1YGRa4y pic.twitter.com/h68M97Lfxg

You are defending a crime scene that we can all see.

Message your bae. Send flowers. No one forced you to enter this chat.

I have a masters in Economics, while you were entering DJ competitions I was working in public office, I know what I am talking about.

Bottomline, the project did not cost R15 million. There is no spin room

You aspire to tenders. Send your bae flowers

I repeat, I have 6 businesses that are doing quiet well 😊 Never needed tenders and will never in the near future, wena o “Yes Bass” and that will never change 😂😂😂

This government event was hosted at your restaurant.

How did the department of tourism choose your establishment? Did you submit a tender? pic.twitter.com/6XVxOF4uHm