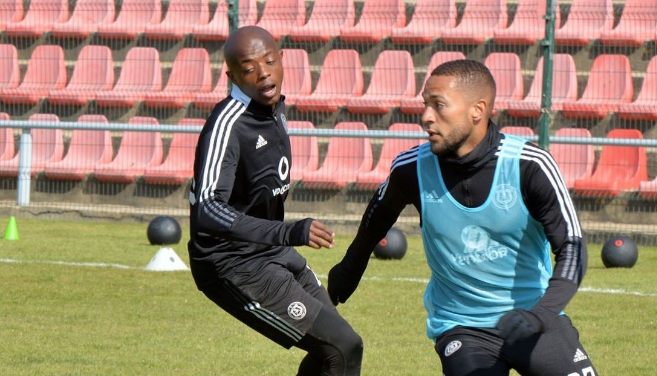 With the 2022/23 DSTV Premiership League commencing on the first weekend of August, Orlando Pirates has released the First Team jersey numbers.

This comes after numerous players and technical staff changes during the off season.

Several key players left, putting down a few numbers for new arrivals while some players chose to change their jersey numbers before the season starts.

The Buccaneers have revealed that the former skipper Happy Jele’s jersey number 4 will now be on the back of midfielder Miguel Tim, defender Nkosinathi Sibisi will take number 5 that was worn by Ntsikelelo Nyauza while striker Monnapule Saleng takes number 14 that was left by Thulani “Tyson” Hlatshwayo.

The other new addition to the First Team of the Soweto Giants, defender Tapelo Xoki, found jersey number 27 unclaimed at the Buccaneers, and will be wearing it.

Deon Hotto dropped number 11 for jersey number 7 ahead of the new season and Fortune Makaringe took 11 vacating his jersey number 15.

The rest of the squad continue with their original squad numbers, including players currently loaned out to other Clubs.

Pirates begin their season with a Derby clash against Soweto rivals Swallows at Orlando Stadium on Saturday, 6 August.

Here is the full list of jersey numbers below: