Steinhoff’s chair, Sonn, resigns with a cloud hanging over her

By Somaya Stockenstroom
18th May 2020 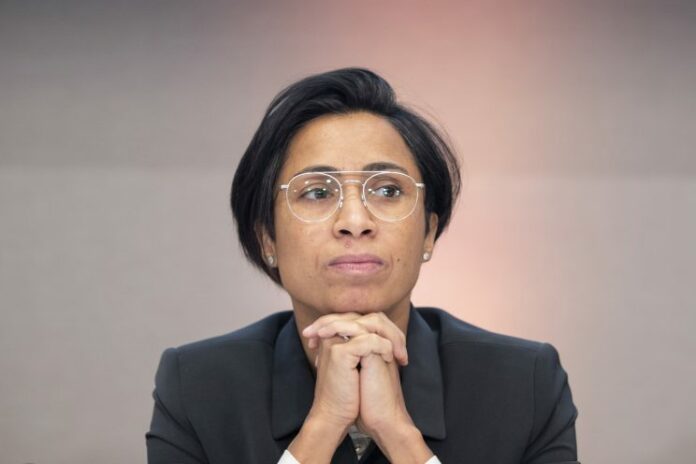 The governance issues facing embattled Steinhoff deepened on Monday when the group’s chairperson Heather Sonn abruptly resigned from the role after it came to light that a company, she has an interest in,  was indirectly funded by Steinhoff.

Blake counts amongst its clients the JD Group, a company owned by Pepkor Holdings which in turn is owned by Steinhoff.

Peter Wakkie, vice chairman of the Steinhoff board, said information that has recently come to the company’s attention shows that Gamiro completed a transaction with a company, Geros Financial that was funded by the JD Group.

“It is important to note that Ms Sonn has in no way been found to have participated in the accounting irregularities at Steinhoff. Heather’s strong and calm leadership has been invaluable during the turbulent times that the Group has faced since December 2017,” Wakkie said.

Governance and related party transactions issues at Steinhoff first came to the fore in December 2017 when the group’s disgraced former CEO Markus Jooste resigned after allegations of fraud became public in a Viceroy Research report.

Steinhoff then appointed Sonn as acting chair of the company following Christo Wiese’s resignation amid an accounting scandal that saw the group go from a blue-chip company to a shadow of its former-self overnight.

In what has been arguably the biggest corporate scandal, an investigation by PwC found that Steinhoff, under the leadership of its recorded fictitious or irregular transactions totaling €6.5 billion over a period covering the 2009 and 2017 financial years.

Sonn sought to distance herself from the current unfolding saga, despite the fact that she is a majority shareholder in Gamiro.

“A company in which I am a shareholder, Gamiro Ventures (Pty) Limited (“Gamiro”), unwittingly completed a transaction with a company, Geros Financial Services (Pty) Limited (“Geros”), that now appears may have been associated with and (indirectly) funded by the Company (Steinhoff). In December 2017 I requested that this transaction be placed on the list for investigation by PwC when a name in the shareholding structure of the shareholder of Geros was recognised as a name that also appeared in the Viceroy Report,” Sonn said.

Unfortunately, it has taken over two years to get to a conclusion as to the nature of the relationship between the Company and Geros, but there were multiple priorities for the company at the time. Based on what is now known to me it would have required certain disclosures which I would have made had I been aware thereof.”