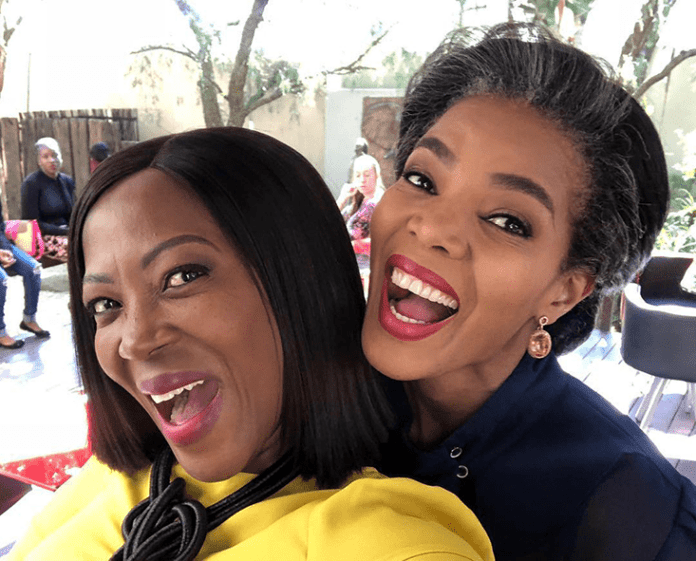 South Africa’s much-loved soapie, The Queen, will never be the same again.
Popular actress Rami Chuene’s character, T-Gom, is to be killed off following behind- the-scenes drama with the controversial Ferguson family.

As if that was not enough, another popular actress on Mzansi Magic’s much-loved soapie, Setumo Motsoaledi, who plays Mmabatho, has also resigned.
All these details emerged as members of the cast were recently given new scripts, which confirm Chuene will be killed off.
The drama series revolves around a drug-fuelled, age-old feud between two families, the Khozas led by Connie Ferguson as Harriet, and the Mabuzas led by Chuene’s Gracious.

Sunday World has established that the relationship between Ferguson and Chuene deteriorated in real life following claims of exploitation by veteran actress Vathiswa Ndara, which Chuene publicly commented on without mentioning the Fergusons’ by name.
“Her remarks were tacit and she did not name them. But they are sensitive. They never forgave her since then – even though she didn’t need forgiving.
When the new scripts came, it was no surprise for us internally that the Fergusons have hit back.
“Viewers are in for a shocker. Truth is, if you speak up in this industry, even indirectly, you’re gone,” said the source.
Several other sources said Chuene’s message of support for Ndara’s rant against the Fergusons on Twitter did not sit well with the show’s executive producers, Ferguson and her husband Shona, as they felt that she too was gunning for them.
Another source said the Fergusons may also have been uncomfortable with TGOM playing the Winnie Mandela of The Queen, intervening on behalf of junior actors
from time to time, especially around unfair working hours.
When approached for comment, Chuene said: “ I don’t want to comment. Don’t involve me in your drama.”

The sources said Chuene’s character was to be killed in a confrontation with another woman over her affair with Skhumbuzo, a drug-dealing character played by Simo Magwaza.
Another member of the production said Chuene’s character was going to be hit with a bole by Magwaza’s wife aft­er he informed her that he wanted to take Gracious Mabuza as his second wife.
“She is going to hit her with a bole at Blue Moon during a confrontation and there after Gracious will collapse and die. That’s how she is going to exit the soapie,”
said the source.
But the decision is believed to have left other members of the production with more questions than answers.
Motsoaledi’s resignation has also been confirmed.
Though it’s not clear what led to her resignation, Motsoaledi’s colleagues said she was no longer happy at the soapie, especially with the treatment meted out to other actors by both the production team and the soapie owners.
Motsoaledi and Ferguson ignored requests for comment.
By Aubrey Mothombeni