Thugs made off with Lesufi’s costly iPad 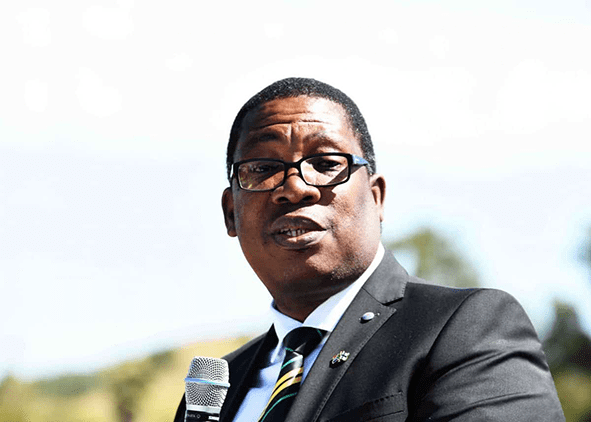 Gauteng MEC for education Panyaza Lesufi was robbed by thugs while driving himself in a BMW owned by the state.

The ANC provincial deputy chairman reported a case of theft out of motor vehicle at the Midrand police station on Friday last week, claiming that thugs broke into his state-owned grey BMW X5 that he was driving, and made away with an iPad Pro tablet worth about R25 000.

In his statement dated September 7, Lesufi said the incident happened in the Johannesburg suburb of Woodmead while he had parked the car at a country club estate between 2pm and 4pm.

“The complainant states that when he left the car all was in order, doors and windows were closed and locked,” reads the statement.

In the same police statement, seen by Sunday World, Lesufi said he left the car and boarded a plane to Magaliesburg and on his return he drove the car to his home but did not notice that it was broken into.

Lesufi said that it was only when he got home that he realised that his iPad was stolen.

The ANC politician, who is touted as one of the potential ANC leaders to take over from Gauteng premier David Makhura, has urged the police to investigate the incident.

He indicated that the suspects were not known to him.

The IPad is believed to contain sensitive personal and government information. An officer close to the investigation said the thugs who broke into the car were professionals as there were no signs of forced entry.

“It appears that they just jammed the car when he was about to lock it,” said the officer.

Sunday World has established that no suspect has been arrested yet, but the investigation will look into whether it was a random case of robbery or if Lesufi was targeted.

Provincial police spokesman Kay Makhubele confirmed that Lesufi reported a case of the at Midrand police station, but he said the case has since been transferred to Sandton as the incident happened in Woodmead.

He said no suspect has been arrested in the case and investigations were ongoing to uncover the thugs who robbed the MEC.

Lesufi confirmed that he opened a case of theft at Midrand Police station but said the Ipad, which is a state asset, was traced and found at the country club.

He said the Ipad was found by the security guard because he had forgotten to close the windows when he locked the car.

“The security guards took it and we found it after watching the CCTV footage,” he said.

But he conceded that the police have not been informed about the discovery of the Ipad stating that he has been struggling to get hold of the investigating officer at Sandton police station where the case was transferred to.

Asked why he drove himself to the country club using a state vehicle, Lesufi said he always drives himself when he had knocked off but said there was nothing wrong about it.

“I’m comfortable driving myself. I can’t have people driving me to go play or watch football or play golf. It’s a conscious thing, but if I’m at work I have no problem with them driving me,” said Lesufi.