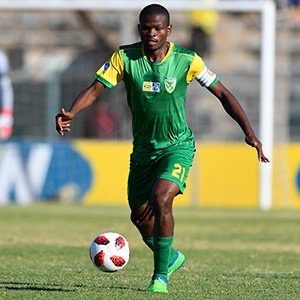 Tributes and condolences to his family and football club continue to pour in for soccer star, Golden Arrows captain and defender Nkanyiso “Sgora” Mngwengwe after his untimely death in the early hours of Monday morning.

Mngwengwe, 30, collapsed and died en route to hospital, his brother Mphathi Mngwengwe told the media after the family received the sad news.

PSL chairman Irvin Khosa said in his tribute, “We remember Nkanyiso most for his dependability. When Golden Arrows was relegated from the PSL to play in the National First Division (NFD) in 2014, Nkanyiso stayed put. He was part of the core that returned Arrows back to the PSL after only one season in the NFD.

“In keeping with the African naming culture where people earn nicknames through their deeds, Nkanyiso earned himself a deserved nickname as the dependable tower of strength in the Golden Arrows defence and a leader, on and off the field of play – “Sgora”.

The SA Football Assocation (Safa) said in its message, “We would like to extend our sincerest condolences to the family, friends, his Golden Arrows colleagues, the football fraternity and all those who knew Nkanyiso during these trying times.

“It is sad to see another footballer pass on, and it can only mean that South Africa has lost another talent.”

Arrows chairperson Mato Madlala said she remembers when Mngwengewe first arrived at Arrows as a promising footballer, full of energy.

“He was always ready to fight for the team and acquitted himself very well over the years. I would like to extend my condolences to Nkanyiso’s family. My thoughts and prayers are with you during this difficult moment. I am saddened.”

Madlala said the centre back made his Arrows debut in 2013, signed from Umngeni City, and made over 100 appearances for the Durban-based club.

Kaizer Chiefs assistant coach Shaun Bartlett, who worked with Mngwengwe to help Arrows gain promotion back to the Premiership in the 2014/15 season, described Mngwengwe as one of the toughest defenders he had come across.

“When he came across my path in 2013, my memories arriving in training and looking at this skinny boy, telling me he is a central defender, I couldn’t believe it. But I could see he was somebody on a mission,” said Bartlett.

“He became an integral part of the team that got Golden Arrows back to the Premiership. I think out of 30 games he played 25, and we never lost a game with him.

“My nickname for him was always ‘Mbazo’ because you know whoever came in his way he would chop up and make sure that it’s either the player or the ball.”

SA’s boozy nation braves the queues as alcohol is unleashed