Battle for ANC’s soul does not bode well for us 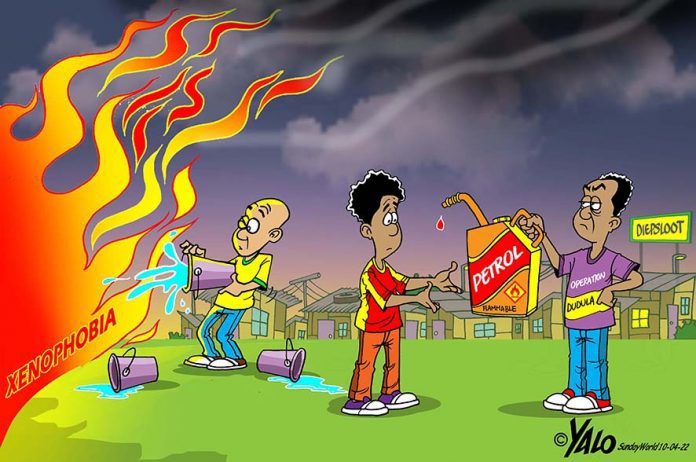 Political stakes were high in Durban as the ANC’s biggest region in the country – eThekwini – was set to today choose whether the hotly contested position of regional chairperson should go to corruption-accused Zandile Gumede or council speaker Thabani Nyawose.

What makes the Durban contest a centre of political attraction is the assumption that a win for Gumede – which is highly likely given current party dynamics – will weaken Cyril Ramaphosa’s bid for a second term as ANC president at the party’s eagerly anticipated elective conference in December.

A potential victory for Gumede will pose a huge problem for the party’s Ramaphosa-led renewal campaign, which seeks to project the ANC as a party serious about change and ridding itself of crooked elements in its leadership structures as well as among its rank and file.

It is a campaign that Ramaphosa and his close allies believe will convince the electorate to give the party another chance in the next election as the governing party increasingly loses electoral support, something which is widely attributed to an electorate fed up with misrule and corruption within the party.

Some of the ANC’s corruption accused have been closing ranks and trying to populate regional and provincial executive committees with their allies at elective conferences currently taking place across the country.

Hence reports of corruption-accused leaders such as suspended secretary-general Ace Magashule and disgraced former health minister Zweli Mkhize descending on eThekwini this week to woo delegates and tip the scales in Gumede’s favour demonstrate how these conferences have become a matter of life and death for embattled party leaders.

The stakes are so high that this grouping is prepared to wrestle control of the party machinery from Ramaphosa’s grip at all costs.

Whether they win or lose the cases they are currently facing in the courts have for now become immaterial.

This state of the governing party is better captured – as reported elsewhere in this paper today – by the SA Communist Party (SACP), which has bemoaned the moral and political decay within the ANC. It is against the backdrop of events such as the eThekwini conference that the SACP believes that prospects of an ANC renewal do not look promising.

The SACP, which is one of the governing party’s key allies, is even contemplating fighting the next election independent of the ANC as it believes its ally faces uncertain future electoral prospects because of the factional battles and decay.

The possible election of characters such as Gumede will be a serious setback for Ramaphosa’s renewal programme and might deliver electoral perceptions of a party that is not prepared to correct its political ills.

If anything, it will increasingly send signals that Ramaphosa is on his own in his anti-corruption crusade and will certainly raise public concerns that the party is prepared to field corrupt candidates in the 2024 general elections.

South Africans must in that case be afraid, very afraid!